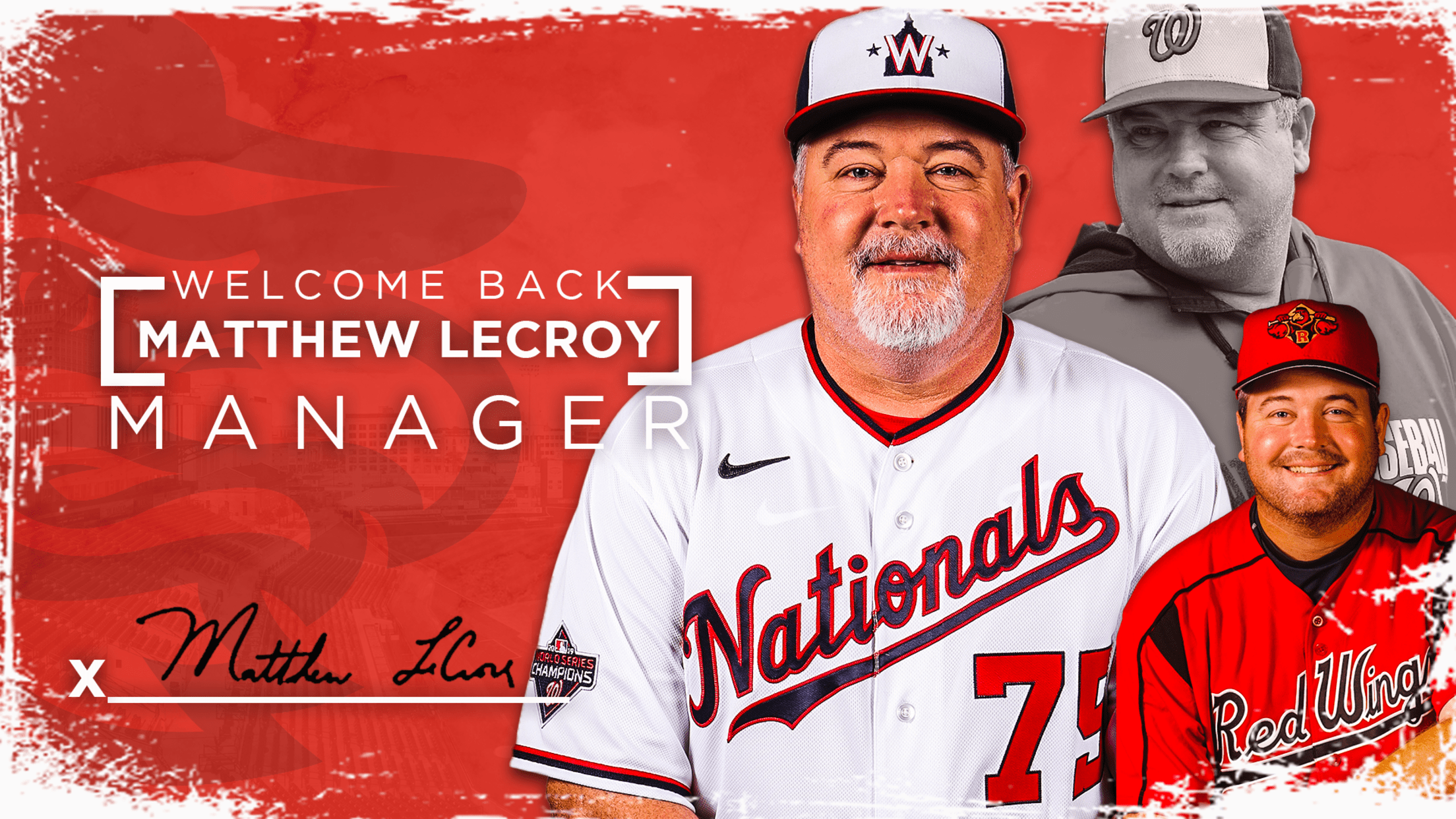 LeCroy, 45, who played 80 games with the Wings during the 2007 campaign, enters his 13th season in the Nationals system and his 10th as a minor league manager (first at the Triple-A level). The South Carolina native previously managed Double-A Harrisburg (2016-2019; 2012-2013) Single-A Potomac (2011) and Single-A Hagerstown (2009-2010) compiling a career managerial record of 614-641, while leading his clubs to three playoff appearances, including a spot in the Eastern League finals in 2013. He was slated to be the Nationals Minor League Quality Control Coordinator in 2020 prior to the cancellation of the season. The former Major League catcher also spent two seasons as Washington’s Bullpen Coach (2014-15). The 50th overall pick in the 1997 draft played eight season in the Major Leagues with Minnesota (2000-2005; 2007) and Washington (2006). LeCroy will become the 17th person to manage the Wings full-time after previously playing for Rochester. The list include Toby Gardenhire, Andy Etchebarren, Jerry Narron,JJohnny Oates, Frank Verdi, Joe Altobelli, Cal Ripken Sr., Ellis “Cot” Deal, Harry “The Hat” Walker, Johnny Keane, Pepper Martin, Estel Crabtree, Ray Blades, Tony Kaufmann, George “Specs” Toporcer and Billy Southworth. He currently resides in Belton, SC with his wife, Holly, and their five children: Isabella, Maggie, Noah, Max and Mabree.

Tejera, 44, enters his 11 season in the Nationals organization having previously served as pitching coach for Harrisburg (2018-2019) and the GCL Nationals (2011-2017). Harrisburg ranked in the top four of the Eastern League in Team ERA in both of Tejera’s seasons. The Cuban native was set to be the pitching coach for Triple-A Fresno in 2020 prior to the Covid-19 pandemic. Tejera was a sixth round pick of the Marlins in 1995 and spent parts of five seasons in the Major Leagues making a combined 111 appearances (27 starts) with Florida (1999; 2002-2004) and Texas (2004-2005). The southpaw made two appearances in the 2003 NLCS for the eventual World Series champion Marlins. Over the course of his minor league career, Tejera spent time in the International League with Indianapolis (2007), Pawtucket (2008) and Columbus (2009). He currently lives in Miami, FL with his wife Michelle and their two children.