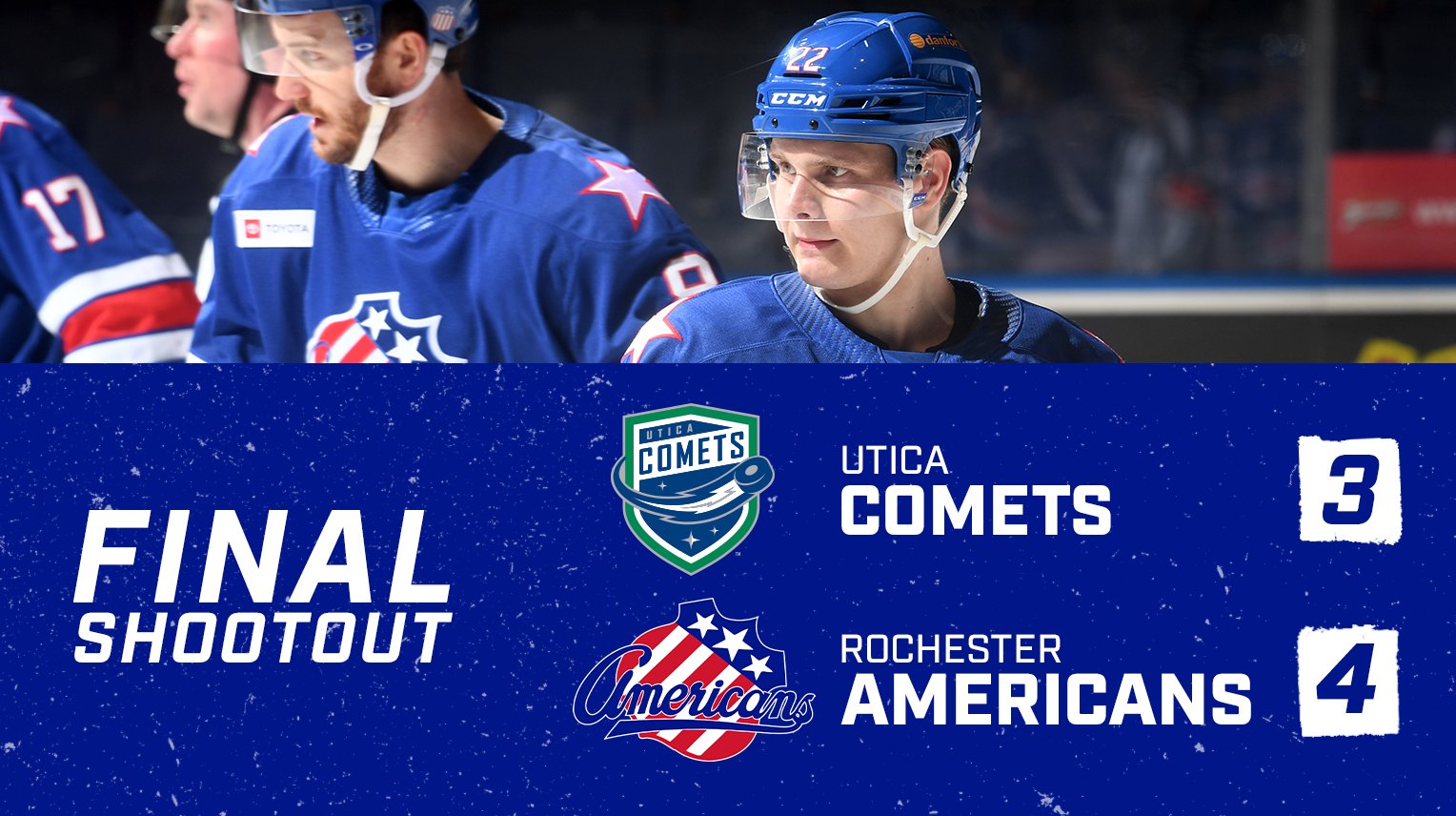 A power-play goal with 5:55 left in regulation by captain Steven Fogarty sent the Rochester Americans (3-1-0-0) into overtime before Jean-Sebastien Dea sealed the 4-3 come-from-behind victory in the third round of the shootout Thursday night against the Utica Comets (3-1-0-1) at The Blue Cross Arena.

With the win, Rochester’s third consecutive after dropping the season opener to the Comets, the club has collected at least one point in 20 of the last 28 games against Utica dating back to the start of the 2017-18 campaign, going 15-8-2-3 over that span.

Dea (1+1), who opened the scoring for Rochester in the final minute of the second period, turned in his third straight multi-point effort to begin the campaign for the first time in his professional career. Forward Remi Elie also notched his third marker of the season to round out the scoring. Forwards C.J. Smith and rookie Jack Quinn, who made his professional debut tonight, both scored during the skills competition before Dea finished off the victory.

Goaltender Ukko-Pekka Luukkonen managed the pipes for the third consecutive game for Rochester and pushed his winning streak to three as he made 35 saves, plus one additional one in the shootout.