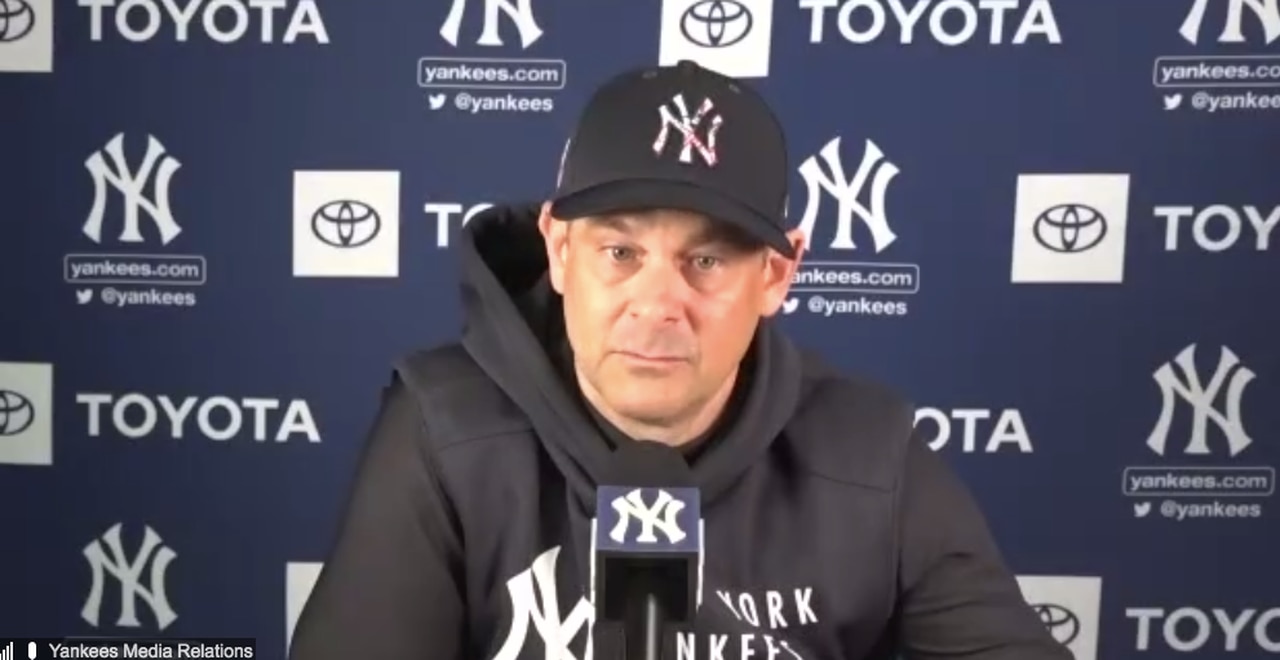 After Zack Britton did not mince his words regarding Domingo German’s alleged domestic violence situation in 2019, Aaron Boone spoke to reporters on Friday afternoon regarding the reliever’s comments.

Boone said that Britton’s words on Thursday, where he said you “don’t get to control who your teammates are,” has “put a little strength on [his] antenna.”

Boone said he wants to make sure the situation does not affect German on the mound, adding that he “looked great in his bullpen” and is “physically in good condition in shape and condition.”

“We’re all human, and the reality is it’s been a year and a half now where obviously he’s been through a lot in his life and has suffered from a career standpoint. Of course I’m gonna be sensitive to how he’s responding and reacting to things that aren’t just as simple as the baseball related stuff and trying to be concerned about how it’s impacting him,” he said.

Boone said he is not yet ready to force German to address the team.

“I don’t think that, at this point, is something that I want to make somebody do that. That needs to be something that comes from within and is authentic,” he said.

Boone did not seem to think Britton did anything wrong, as the lefty was simply doing his job with reporters.

“I think he answered a direct question honestly,” the fourth-year manager said. “I’m sure there’s 1,000 shades of gray in there about how guys feel, certainly when serious situations come up away from the field. And I’m sure that exists throughout our clubhouse. It’s something that my antenna’s up on, and we’ll continue to try and monitor it, watch it, and handle it the best way possible.”