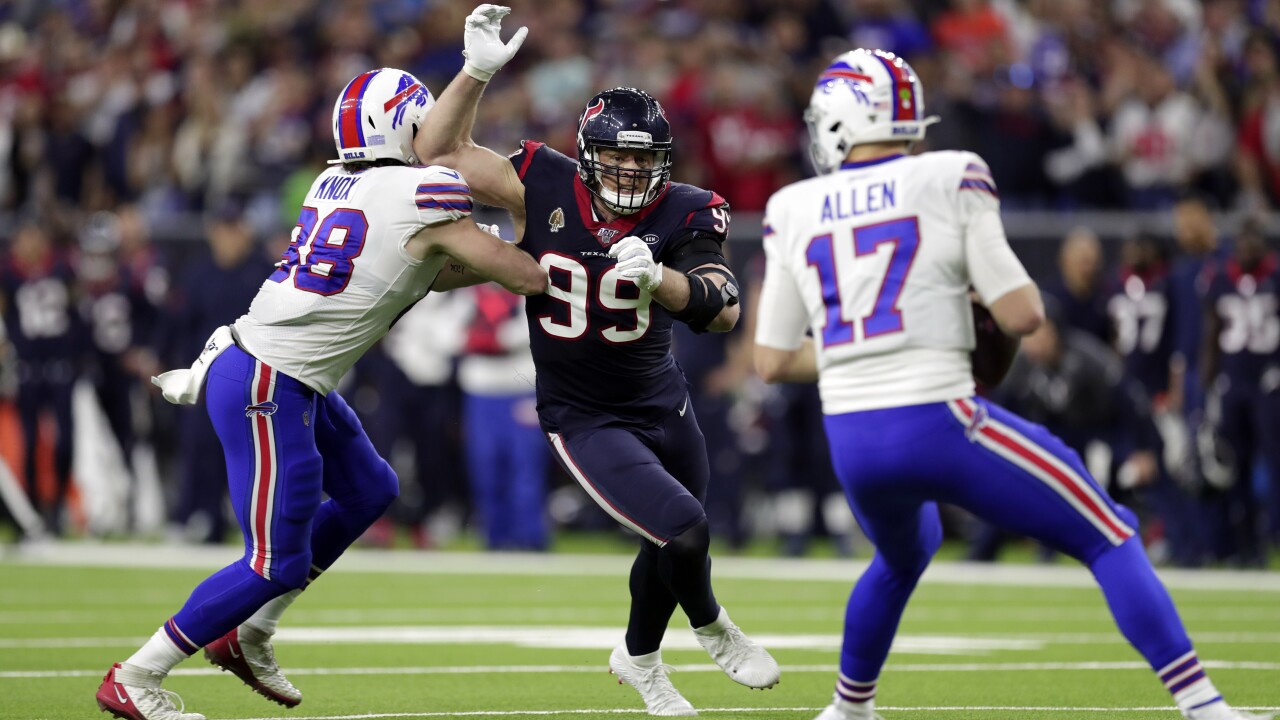 The Buffalo Bills have inquired about free agent defensive end JJ Watt, and both the Bills and Watt have mutual interest, according to a report from ESPN’s Kimberley A. Martin.

Count the #Bills as one of several teams looking to add JJ Watt. I'm told the Bills have inquired about Watt — and the interest is definitely mutual.

Watt, 31, spent his entire 10 year career playing for the Houston Texans recording a total of 101 sacks.

Both the Texans and Watt mutually agreed to part ways, last Friday.

Buffalo Bills wide receiver Stefon Diggs looks to be recruiting recently released defensive end JJ Watt to join him on the Bills, would you like to see JJ Watt in Orchard Park? https://t.co/JpPEdfxAle pic.twitter.com/cnzGnSqdFa