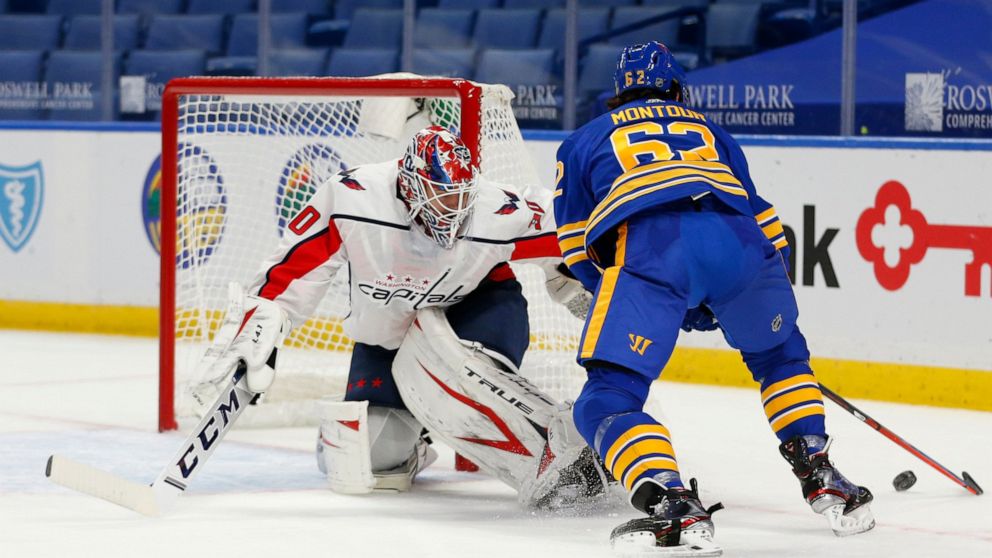 Defensemen Jake McCabe and Brandon Montour, and winger Tobias Rieder skated with the Sabres ahead of their game Monday night against the New York Islanders in KeyBank Center.

The Sabres are still without Rasmus Ristolainen, Casey Mittelstadt, Dylan Cozens and Curtis Lazar, all of whom were on the Covid protocol list as recently as Sunday night. Taylor Hall and Rasmus Dahlin previously rejoined the Sabres after a stint on the list.

McCabe, Montour, and Rieder all confirmed they tested positive for COVID-19 and experienced varying degrees of symptoms. Rieder said his symptoms lasted for 24 to 48 hours; McCabe says his went on for roughly five days.

“It was a pretty tough couple of weeks there,” Montour said. “So, happy to be back now.”

Rieder said he felt well enough to play against the Islanders but echoed Krueger in referring to his status as a game-time decision. McCabe and Montour both remained on the ice long after the morning skate with skills coach Matt Ellis.