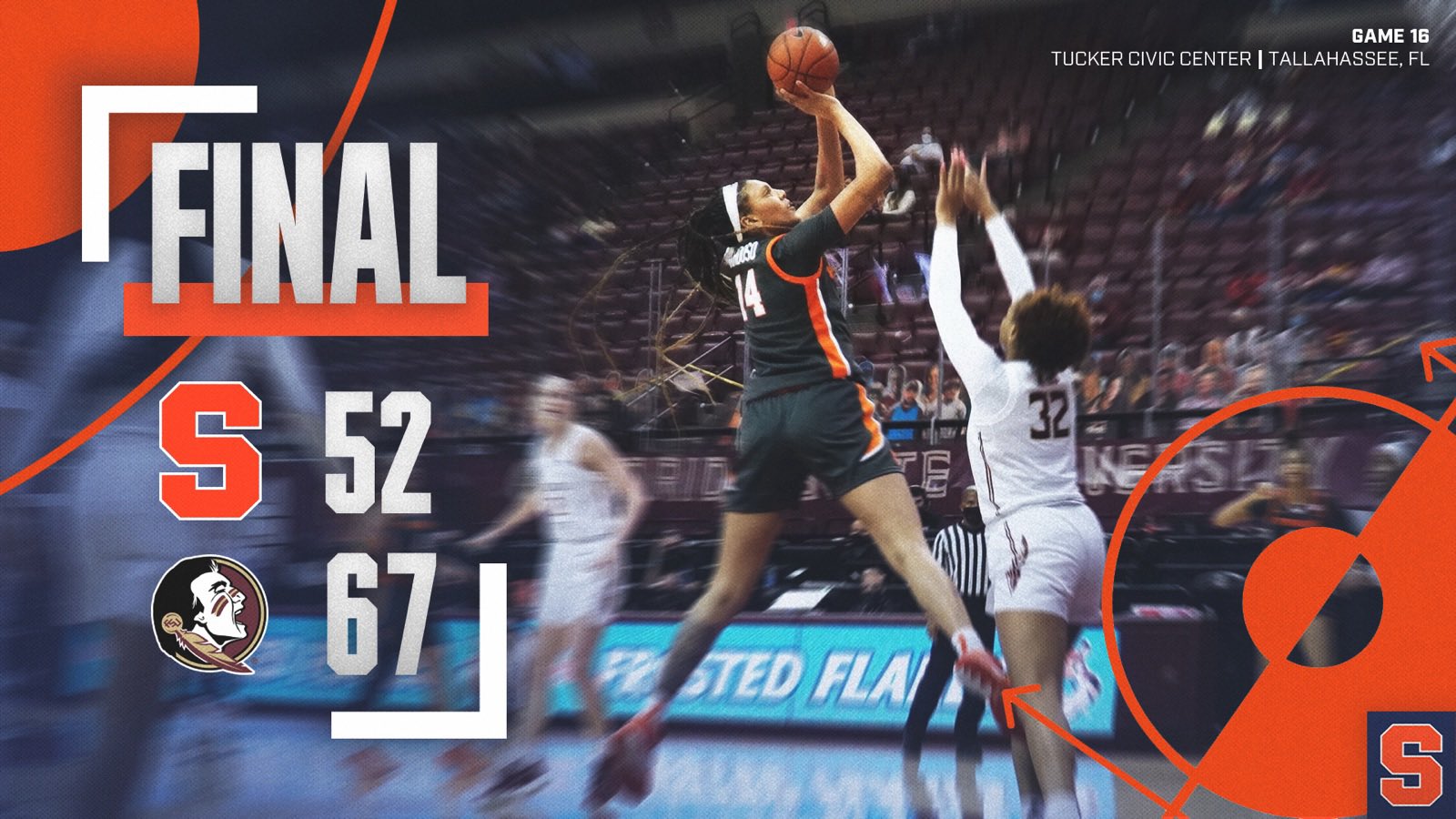 After that timeout, the Orange was outscored 30-9 the rest of the first half. That run proved to be the difference in SU’s 67-52 loss to the Seminoles.

Florida State responded right out of the early timeout. Sayawni Lassiter drained a 3-pointer coming out of the huddle. Then Bianca Jackson sank back-to-back triples to give the Seminoles a quick 9-0 run.

FSU led by as many as 18 points. SU closed the gap to eight midway through the fourth quarter, but those early Seminoles runs proved to be costly.

Next up: #3 Louisville on Sunday pic.twitter.com/pTXhj0wg1X