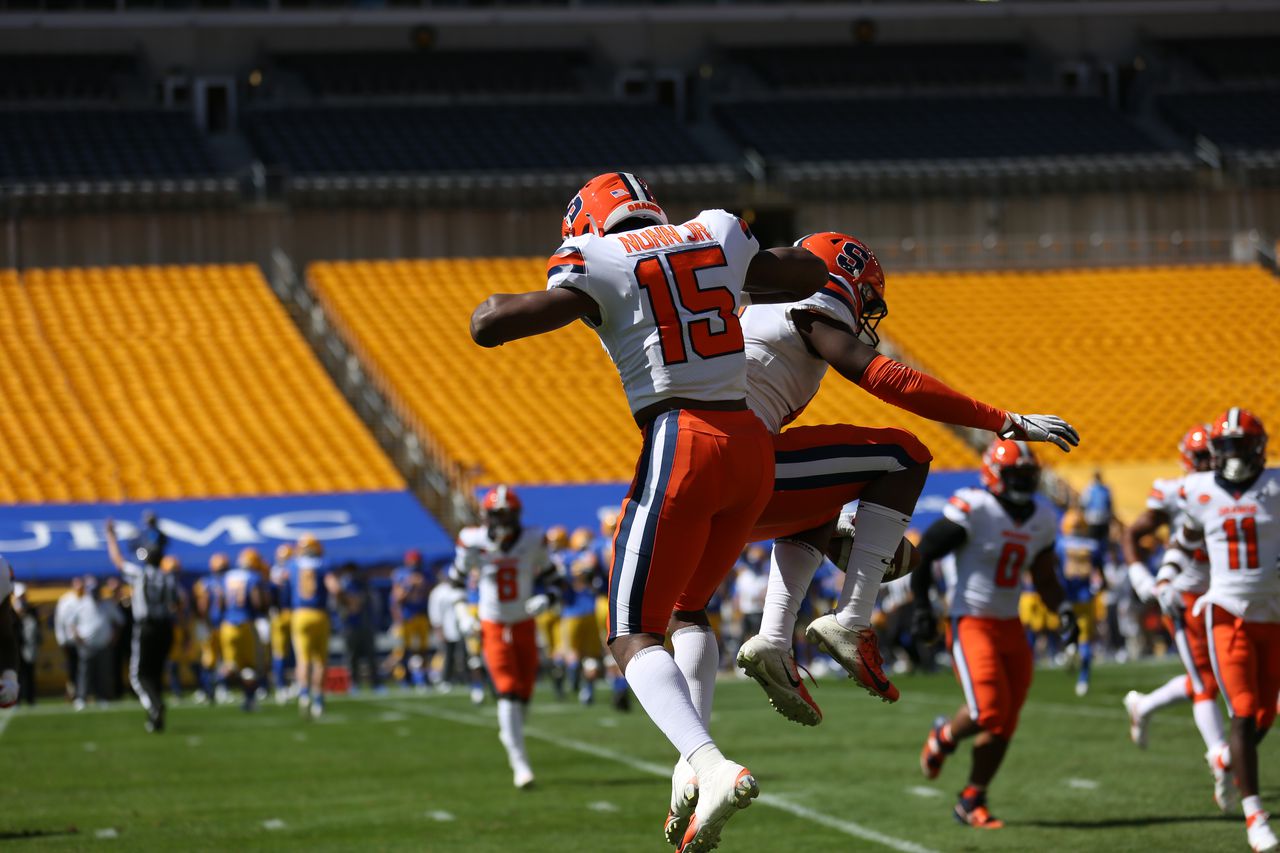 Felony charges for carrying a concealed firearm against Syracuse defensive back Cornelius Nunn were dropped, according to a source. Nunn appeared in court Thursday morning where the charges were officially dropped. He is expected to be back on campus as soon as this weekend.

Nunn was arrested last month when Miami-Dade County police found a revolver inside a vehicle in which he was riding. Nunn told the arresting officer that the gun was not his, according to the police report, but he was arrested as he did not have a valid concealed weapons permit. The dismissal of these charges suggests that Nunn’s original explanation was validated, and that further investigation proved that to be true.

Nunn was a big recruiting win out of Miami Palmetto High for Syracuse in the 2019 class. He originally committed to the Orange over the summer in 2018 before decommitting and pledging to Miami. Nunn then backed off of that decision and flipped back to Syracuse. He also held offers from Alabama, Auburn, Baylor, Boston College, Cincinnati, Georgia, Indiana, Kentucky, NC State, Nebraska, Pittsburgh, Tennessee and many others.

The 2019 season was a redshirt year for Nunn. He appeared poised to take on a key reserve role in 2020 before a torn ACL derailed his season. He missed the last six games due to the injury. Nunn recorded three tackles in four games last season and can play both corner and safety. With three defensive backs departing for the NFL Draft, Nunn has an opportunity for significant playing time in the 2021 season.

Syracuse opens the 2021 campaign at Ohio on September 4.