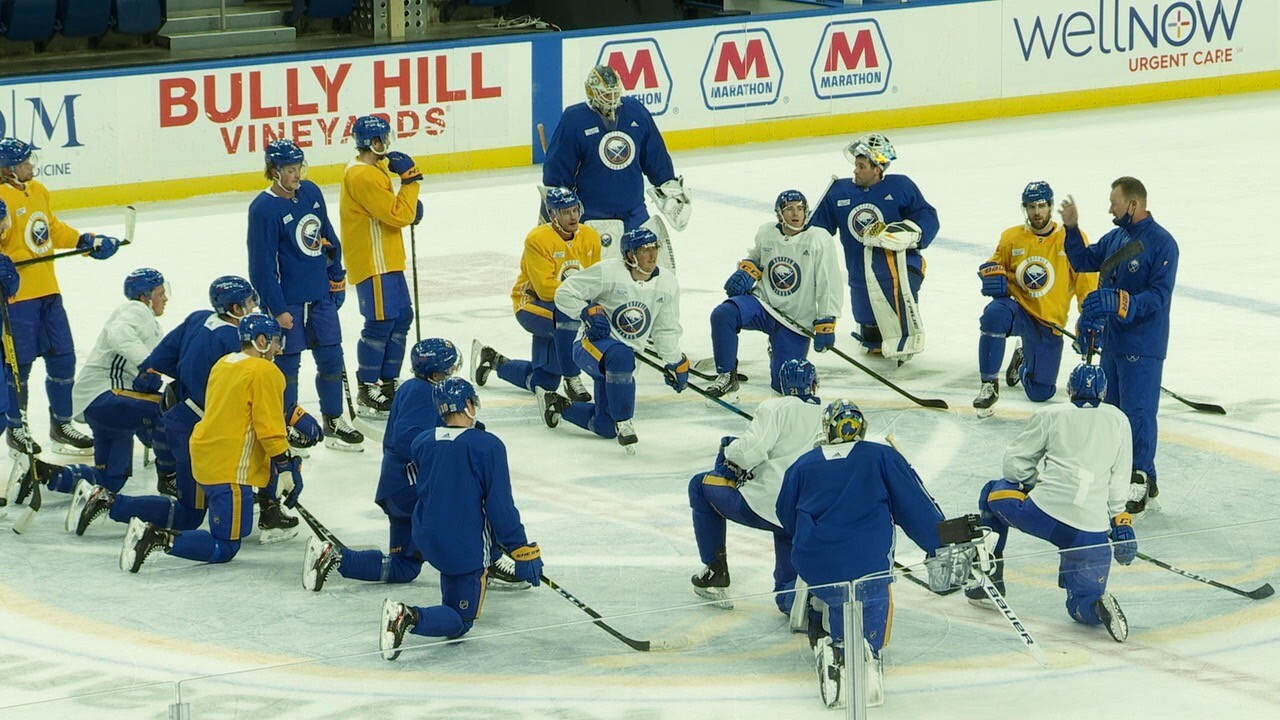 The Buffalo Sabres were finally back at KeyBank Center on Tuesday, a week after the team’s facilities were shut down due to positive COVID-19 tests within the Sabres organization.

“The spirit of the group is really strong right now and I sense a relief to be back in our building and to be able to go on the ice and practice, and I also sense an opportunity for this group to pull together,” General Manager Kevyn Adams said. “We are in this together and we’re gonna do everything as a staff, as a coaching staff, our support staff around the team, to give them every opportunity to have success and that’s all we can do right now.”

The positive tests follow a two-game series with the New Jersey Devils more than a week ago. The Devils organization had several players put on the COVID-19 protocol list both before, during, and following that weekend’s games. The handling of the situation drew outside criticism with many wondering why those games were played in the first place.

“Based on the information Bill Daly [deputy commissioner of the NHL] was given, the games were decided to be played,” Adams said. “I think it’s important to note the league and the doctors are doing everything they can to handle this as it’s ever-changing and evolving. Nobody’s doing anything to put the players in a position to where they don’t think they should be. They’re making the best decision they can in the moment.”

“I’ve talked to him multiple times a day,” Adams said. “I feel very comfortable that he’s being looked after from our doctors and trainers. We hope Ralph comes out of the protocols and is ready to go when we play our next game.”

With Krueger on the mend, assistant Steve Smith took over Tuesday’s practice and instructed the 18 players participating in Tuesday’s on-ice session. The Sabres have called a few players up from the team’s taxi squad including C.J. Smith, Brandon Davidson, and Will Borgen. Adams says they’ve had an understanding since before the season began, knowing any player has to be ready to go at any given time.

The Sabres next scheduled game is Monday, February 15 at home.