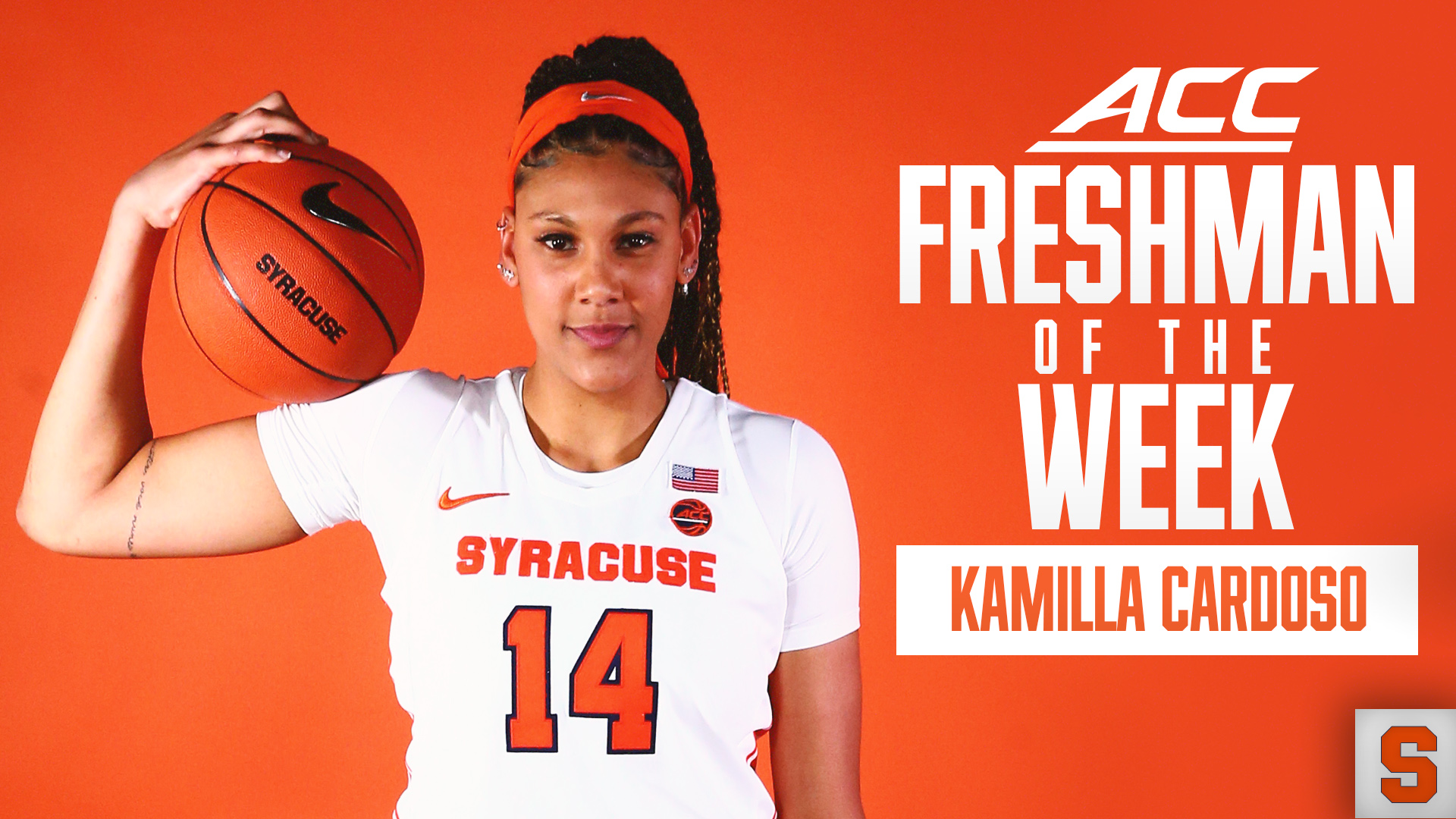 The Montes Claros, Brazil native averaged 18.7 points, 8.3 rebounds and 2.3 blocks over the three-game week for the Orange. In Syracuse’s only loss of the week, Cardoso had 18 points shooting 9-for-12 from the field at Georgia Tech. She followed that performance with a 16-point, 13-rebound double double on Thursday in a win against Wake Forest where she recorded six blocks. On Sunday, Cardoso tied a game-high 22 points with eight rebounds.

Cardoso shot 57.9 percent from the field over the week and had 25 rebounds with seven blocks. She leads the ACC in field goal percentage (.604) and offensive rebounds per game (3.67). Additionally, Cardoso is the only player in the ACC, male or female, averaging over three blocks per game (3.13).

On Monday, Cardoso was named one of the Top 12 Defensive Players in Women’s College Basketball by ESPN’s Mechelle Voepel. Cardoso is a top-10 finalist for the Lisa Leslie Award which recognizes the nation’s best center. Fan voting for the #LeslieAward is now live at hoophallawards.com.