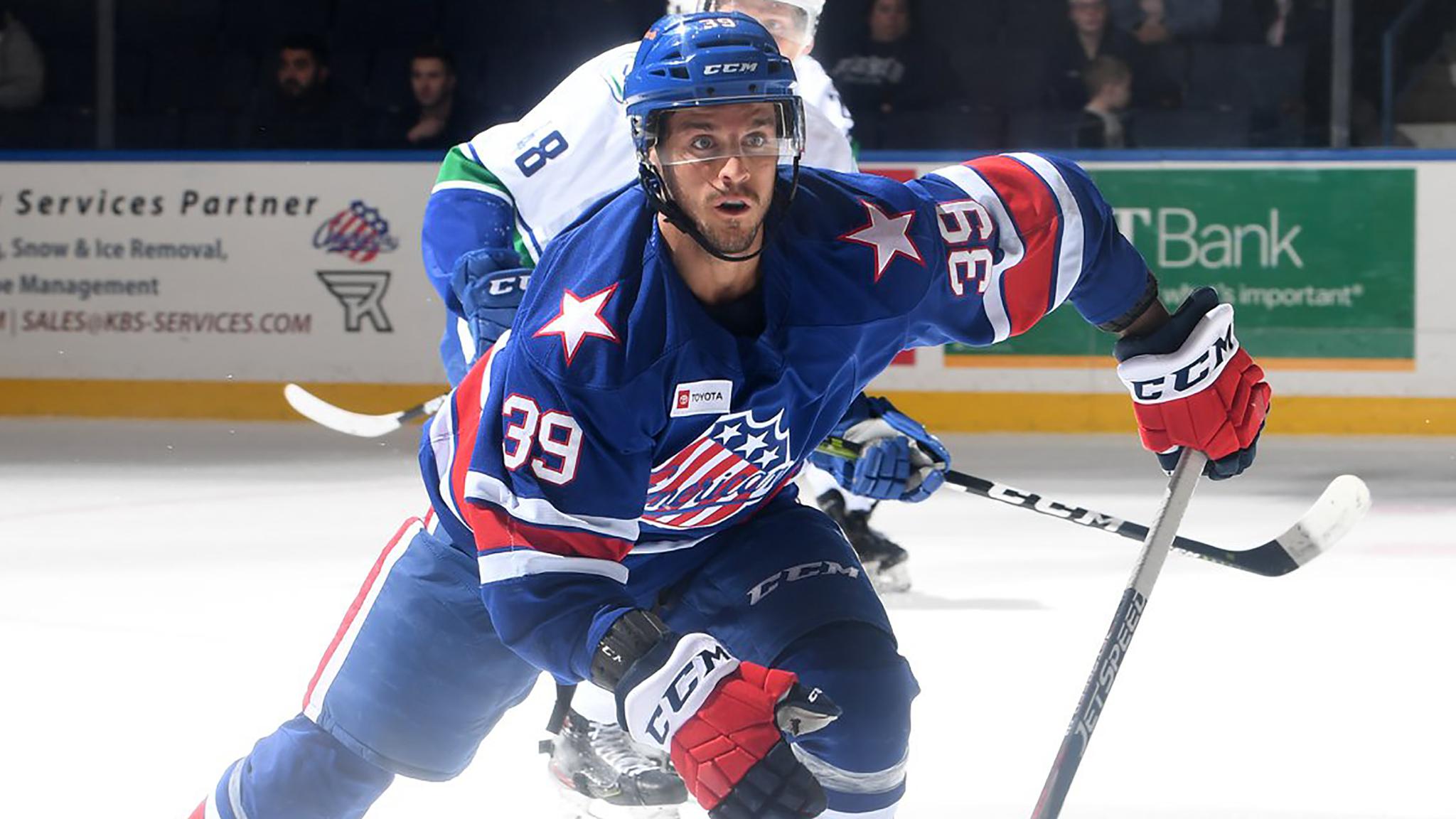 The Buffalo Sabres have assigned forward Jean-Sebastien Dea to the Rochester Americans (AHL).

Dea played in three games for the Sabres last season and has seven points (5+2) in 32 career NHL games. He led the Amerks in scoring last year with 39 points (15+24) in 57 games. He was assigned to the Sabres’ taxi squad on February 1.

With nine players and head coach Ralph Krueger in the NHL’s COVID protocols, the NHL announced yesterday that Buffalo’s games scheduled for Thursday and Saturday have been postponed.

The Amerks host Syracuse tomorrow at 7:05 p.m. They dropped their season opener to Utica 3-2 on Friday. Arttu Ruotsalainen and Patrick McGrath scored while Dustin Tokarski stopped 31 of 34 shots.