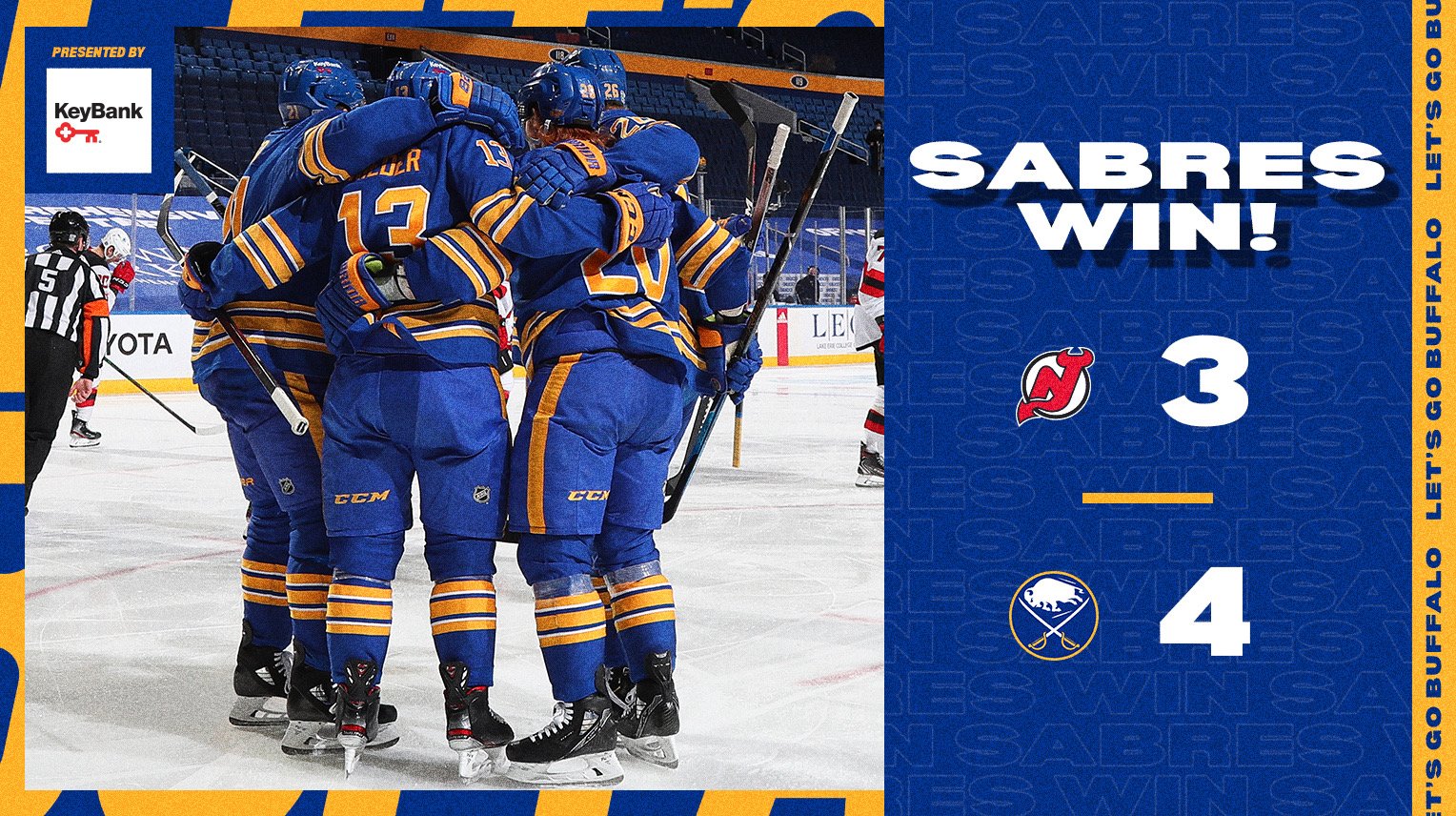 The Buffalo Sabres extended their point streak to five games with a 4-3 shootout win over the New Jersey Devils on Saturday at KeyBank Center.

Eric Staal, Tobias Rieder, and Victor Olofsson scored for Buffalo, and Jack Eichel scored the only goal in the shootout.

Linus Ullmark made 31 saves plus three more in the shootout.

All four of Olofsson’s goals this season have come with the man advantage. Staal now has points in four of the last five games (3+1), and five of the last seven (3+2).

Buffalo’s power play went 1-for-4 on the night while the penalty kill was 4-for-5.