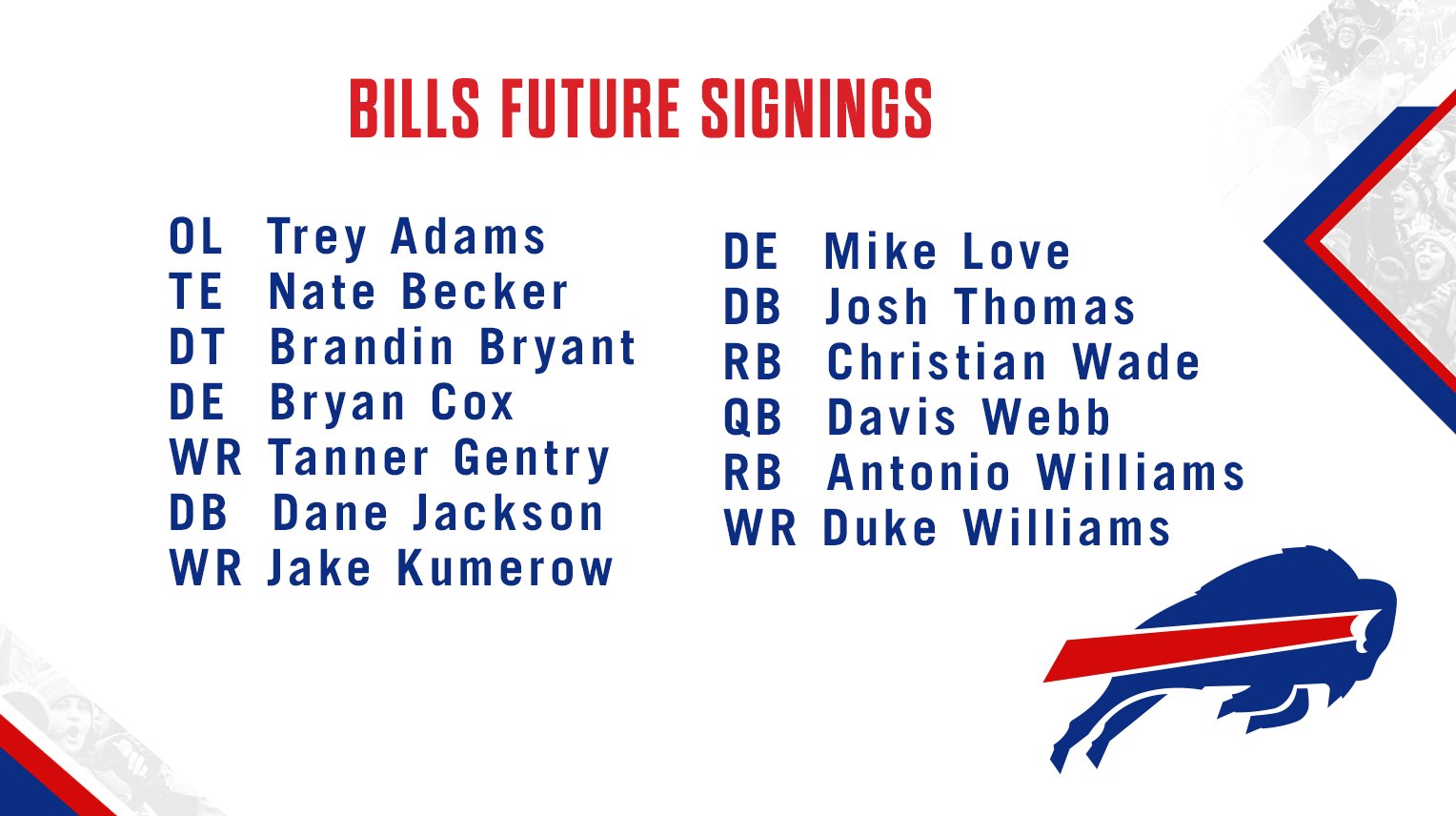 A reserve/future contract guarantees a player a spot on a team’s roster, which expands from 53 to 90 players with the start of the league’s new year in March (it also prevents them from signing with another team before then). It contains all the regular rules as it pertains to minimum salaries for veterans, but does not take effect until the start of the league year, which for the 2021 season comes March 17.

Teams can begin signing players to reserve/future deals at the conclusion of the regular season. Typically, those contracts are for minimum salaries and contain little or no signing bonus. That helps to explain why three of the players on the Bills’ practice squad at the end of this season didn’t sign. Running back Devonta Freeman, wide receiver Kenny Stills and linebacker Darron Lee are established NFL veterans with at least five years of experience who might want to test unrestricted free agency in March, rather than commit to signing to the Bills’ 90-man roster now.