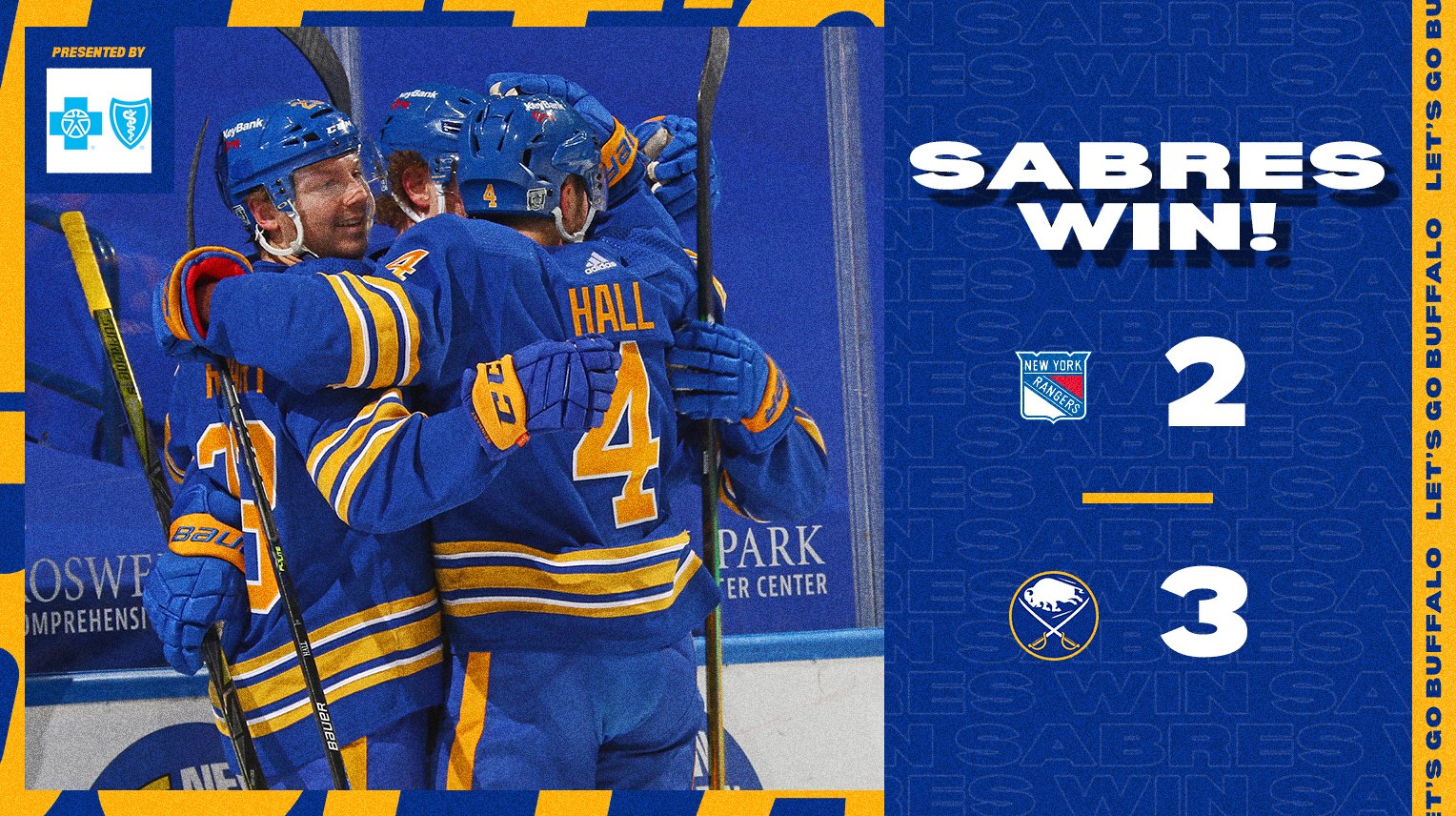 The Buffalo Sabres erased two deficits on Tuesday and ultimately came away with a 3-2 victory over the New York Rangers at KeyBank Center.

Jack Eichel scored what proved to be the game-winning goal 7:31 into the second period on the power play. Dylan Cozens and Tobias Rieder also scored for Buffalo.

The Rangers’ goal scorers were Chris Kreider and K’Andre Miller, who recorded his first career goal.

Linus Ullmark made 28 saves in net for Buffalo to pick up his second straight win while Alexandar Georgiev stopped 21 shots for the Rangers.

The Sabres’ power play went 2-for-4 on the night and their penalty kill was a perfect 3-for-3.