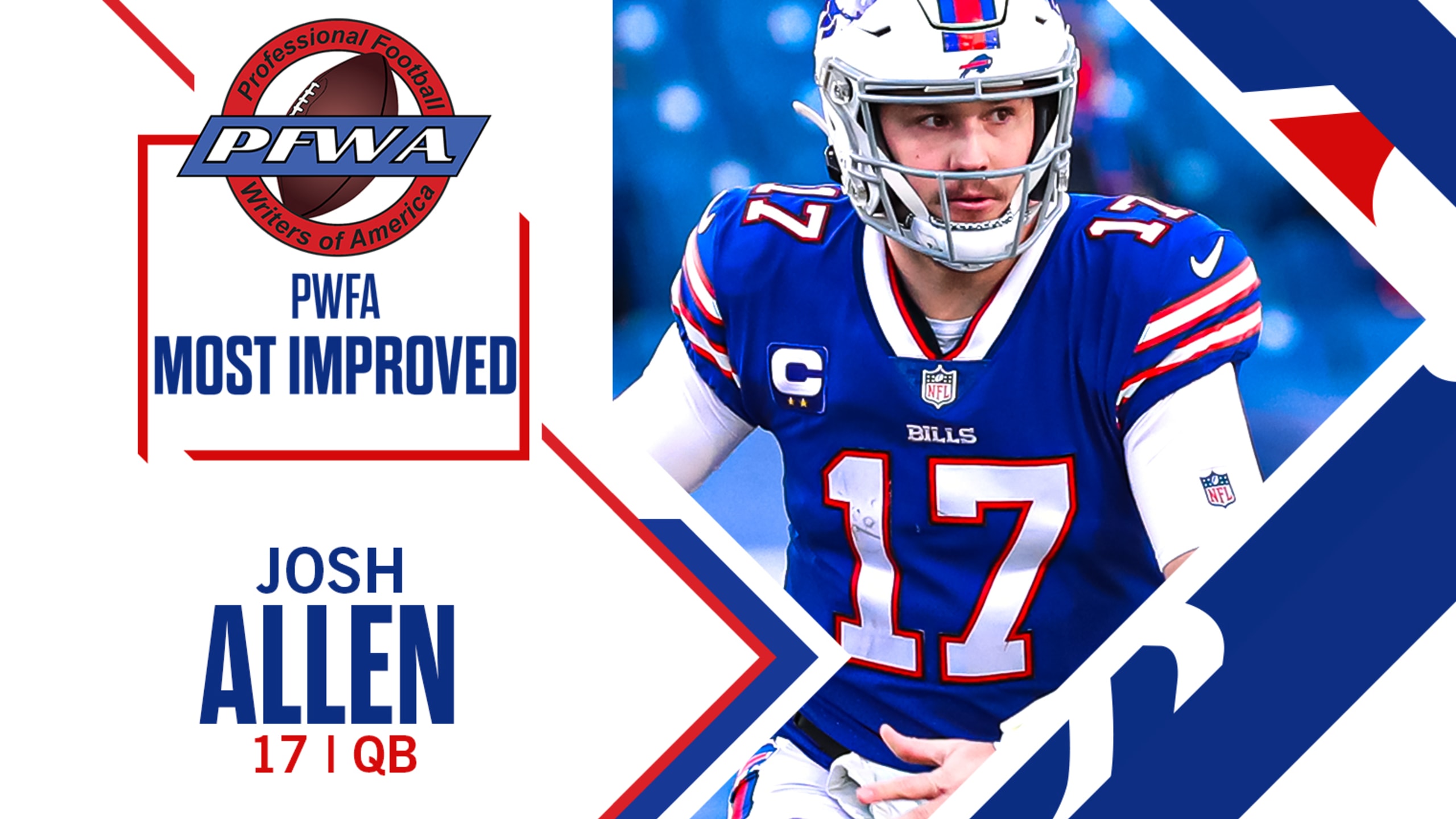 Bills quarterback Josh Allen has been named the Pro Football Writers Association’s Most Improved Player for his impressive third season in the NFL. Allen is the first Buffalo Bills player to win this award since the PFWA started it in 2000.

Allen quarterbacked an offense who saw their average in points per game increase from 19.6 last season to 31.3 this season, which ranked second best in the league. In 2020, his offense also averaged the second-most yards per game (396.4) and third-most passing yards per game (288.8), which is a large improvement from ranking 24th in total yards (330.2) and 26th in passing yards (201.8) during the 2019 season.