New York State Police responded to the scene of a multi-vehicle accident in the Brutus-area of the Thruway on Tuesday.

Snowfall created poor visibility and parts of the roadway were snow-covered.

A garbage hauler and several tractor-trailers were involved in the wreck.

Hefty lake effect snow created difficult conditions along the Thruway. Traffic was snarled and reduced to one lane while first responders worked the scene. 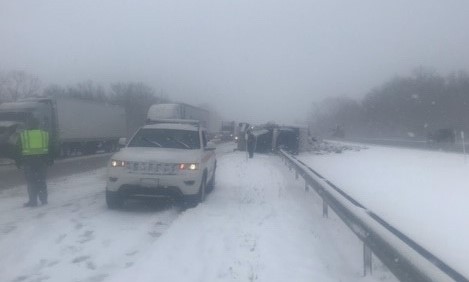 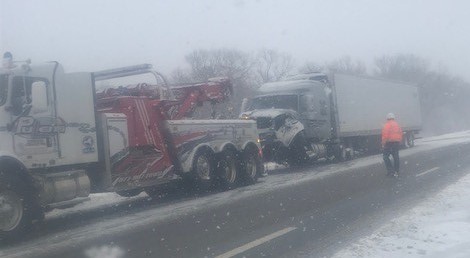 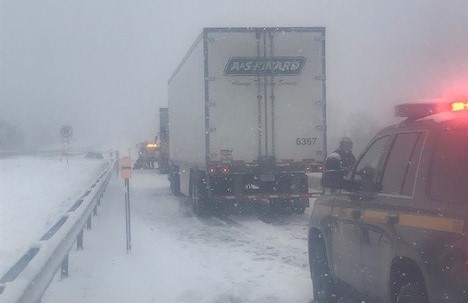