Dog rescued by firefighters after falling down cliff in Moravia

First responders in the Moravia area responded to an animal rescue call.

It came in around 7:42 p.m. on Monday in the West Niles Fire District.

A dog had gone over a cliff, and once first responders realized how far down the dog had fallen – the Cayuga county High Angle Rescue Team was called in from Moravia.

“We were able to send three rescuers down on ropes and secure our patient named ‘Socks’, get her into a dog harness and lower her down to the bottom and carry her back up to her owners,” the Department wrote on Facebook. “Great job by all members from the West Niles, New Hope, Sempronius, & Moravia Fire Departments and the Cayuga County High Angle Rescue Team.”

The Moravia Fire Department says the dog was not injured, and was walking around as first responders packed up their gear.

Photos from the scene below by the Moravia Fire Department: 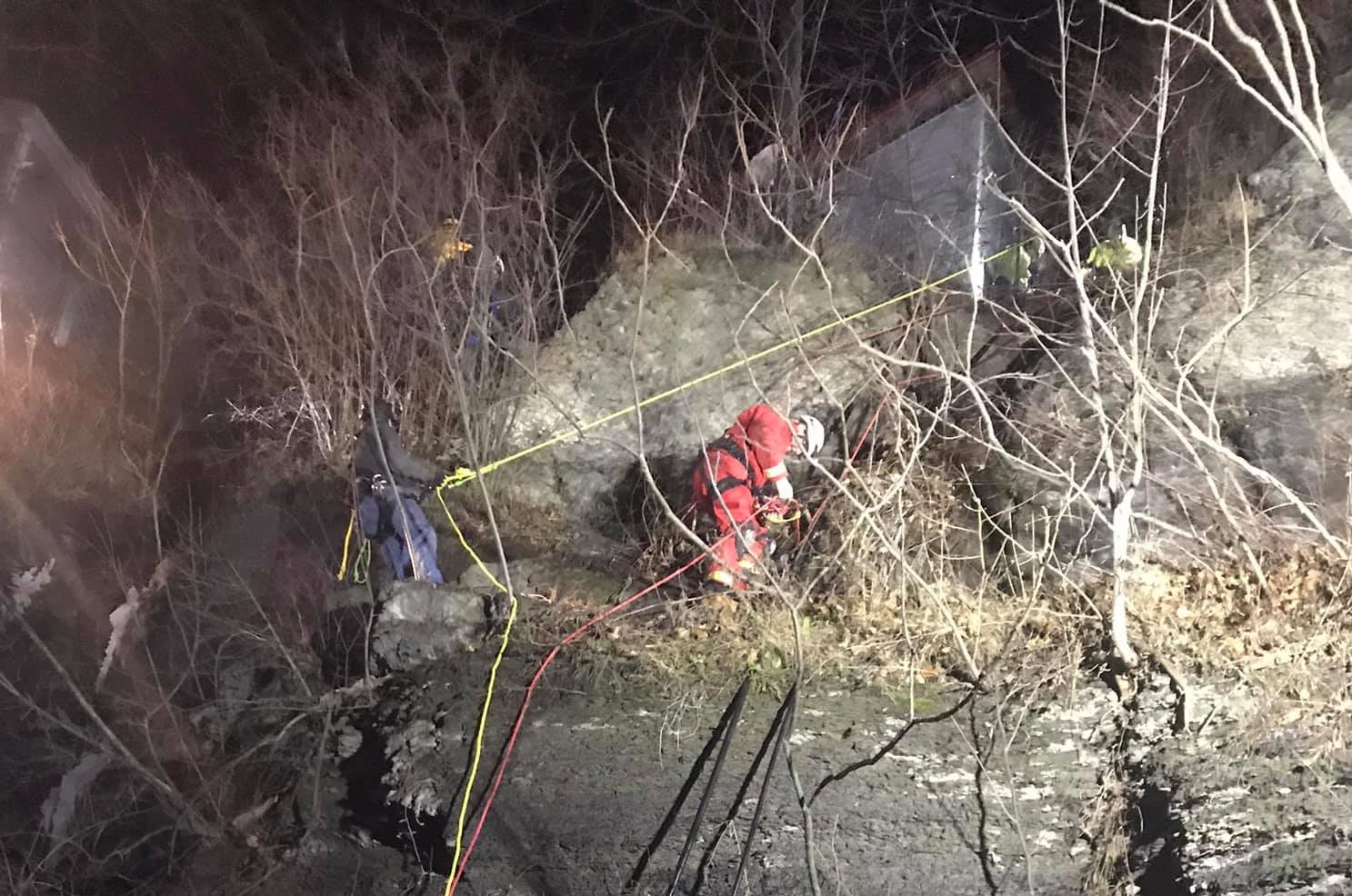