Savannah, NY native and Path Light Academy (Wolcott) graduate Noah Waterman is one of the lesser known big-time basketball prospects to come out of the Finger Lakes area.

After graduating, Waterman, who had grown to over 6’10” tall, committed to Niagara University where he appeared in just 7 games, averaging 7 points per game, until an injury ended his season.

Waterman would transfer to Detroit-Mercy prior to the 2020-21 season. The Titans are a Division I program that competes in the Horizon League.

Because of his limited action at Niagara, he remains a freshman with the “redshirt” tag. He partly based his decision to transfer to Detroit because of an opportunity to play for longtime Division I coach Mike Davis. Waterman has been awaiting his opportunity to hit the court for the Detroit-Mercy Titans after sitting out due to Covid-19 quarantine protocols. 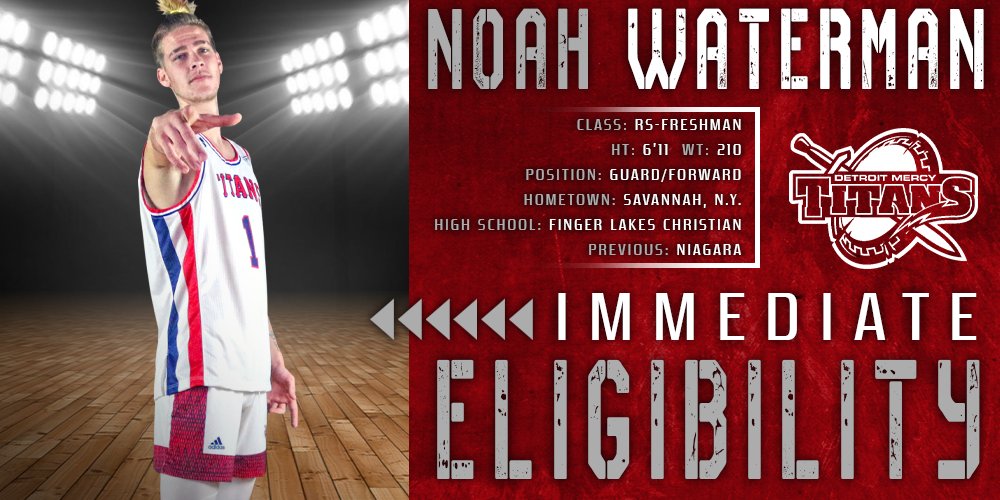 On Saturday afternoon, the day after Christmas, Noah Waterman finally made his debut with his new team.

.@DetroitMBB adds another player to the fold today as Noah Waterman suits up for the first time. The Titans take on Oakland at 4 on ESPN 3 for the first of a back to back: https://t.co/exwz5rcFWC pic.twitter.com/ulBQMLlh79

He started for the Titans in their contest against local rival Oakland and logged a total of 23 minutes in the game, 14 in the first half and 9 in the second half. The game, which Oakland eventually won 77-75, went into overtime. Waterman, wearing jersey #1 in the highlight video below, didn’t appear in the overtime period.

He would end the game with 8 points, 3 rebounds, 1 assist and 3 personal fouls. He shot 3-8 from the field and make 1 of his 2 three-point attempts.

Detroit plays Oakland again today (12/27) at 4:00 pm. The game will be streamed on ESPN+ and the radio broadcast on WLQV 1500 AM & 92.7 FM can be streamed via the TuneIn Radio app. You can follow the game live at ESPN.com here.

On Sunday afternoon the Detroit Mercy Titans lost to Oakland for the second straight time in as many days. Noah Waterman, however, had a breakout game despite the loss. In his second game as a Titan the Savannah, NY native scored 19 points on 7 of 12 shooting. He converted on 3 of 6 shots from behind the three-point arc and pulled down three rebounds while handing out 3 assists. He logged 28 minutes on the court in the 83-80 Oakland Golden Grizzlies victory.

Check out Noah Waterman in the highlights from Sunday’s game below: