The Bills put priorities first when they inked general manager Brandon Beane to a multi-year contract extension earlier last week. Beane has been the team’s GM since May 9, 2017 and has been the catalyst for the Bills’ turnaround.

Beane instantly changed the team’s culture upon arrival and has built a legitimate playoff contender. Bills fans can now bet on their team to win the division and the Super Bowl with bookies like Bovada, which offer bonuses for new players.

In the last three-and-a-half season, Beane has made a series of shrewd moves to transform the Bills from a bloated .500 team to an AFC power with plenty of cap flexibility. 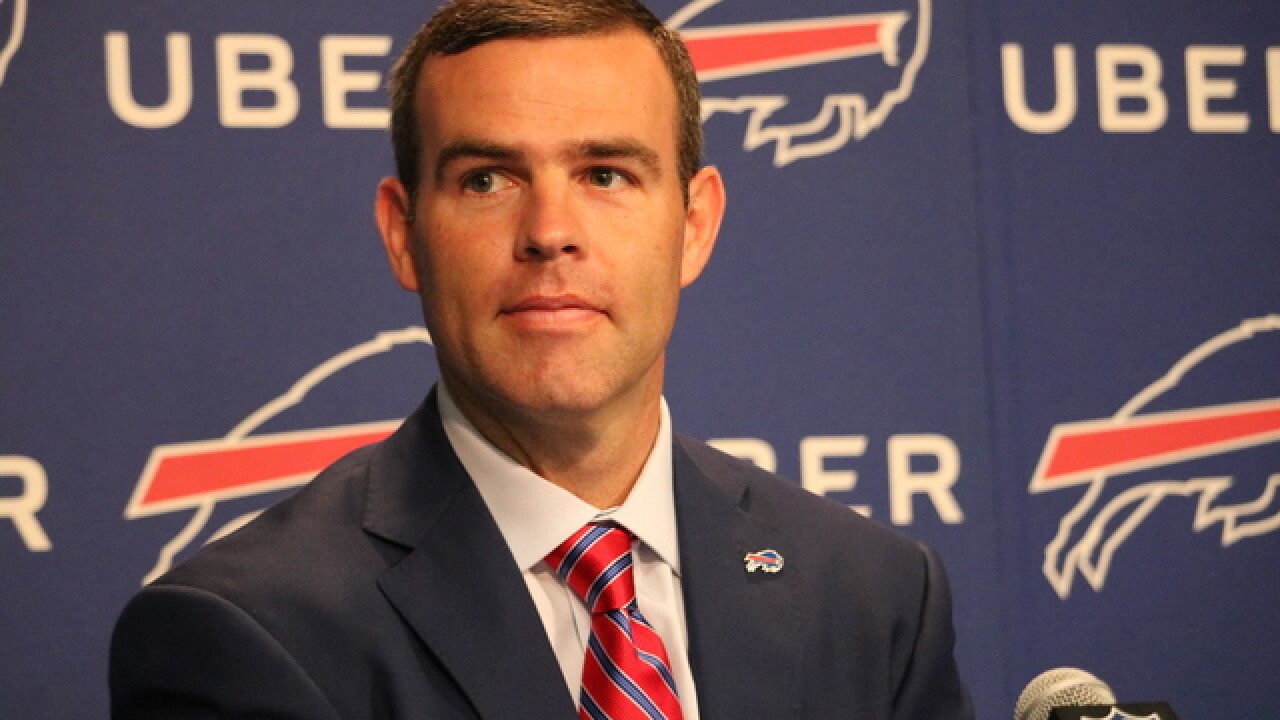 Beane’s best deals since taking over as Bills GM

It’s easy to compile a top ten of the many great deals Beane has made since being made the team’s GM in 2017. But we’ll stick to the most significant moves he’s made—moves that have moved the needle in more ways than one for Buffalo:

To date, this would rank as Beane’s biggest deal. In what is a “high risk high reward” deal, Beane traded away the Bills’ 2020 first round pick, their fifth, and sixth, and a 2021 fourth for Stefon Diggs and a seventh rounder.

Many fans and pundits still think Beane gave up too much to land Diggs, but the results say otherwise. Diggs gives the Bills a true number-one receiver who has opened up the Bills’ offense.

Twelve games into the season, Diggs leads the league in catches and has posted his third straight 1,000-yard season as the Bills are poised to win their first division title in over 25 years.

Both Allen and Beane will be forever linked by both Bills fans and media members as it is arguably Beane’s crowning jewel. Beane had to do a bit of maneuvering to acquire the Wyoming prospect.

Beane only had to trade away the Bills’ 12th pick plus their 53rd and 56th for the Buccaneers’ 7th (and 255th) pick. This was a coup as many analysts expected that Beane had to give up more, such as future firsts and more draft capital.

In drafting Allen, who has outshined every other high-profile QB in the draft, Lamar Jackson notwithstanding, the Bills got their franchise player and their best signal caller since a guy named “Kelly”.

Trading up to draft Tremaine Edmunds (2018)

Beane was just getting started after drafting Allen. With another surprise move, Beane traded their 22nd and 65th (which they got from trading Tyrod Taylor) picks to the Ravens for their 16th and 154th picks. With the 16th pick, Beane selected highly touted linebacker Tremaine Edmunds.

The Virginia Tech prospect was considered by many to be the best linebacker of the draft and he would live up to this lofty promise by recording 121 total tackles in his rookie season and was named the Defensive Rookie of the Month for December.

Edmunds followed this up by being named to the 2020 Pro Bowl after recording 115 tackles. In the playoffs, he paced the team with 12 tackles while also adding a sack and a fumble recovery.

The Bills cleaned house the previous season and drafted their quarterback of the future. Beane showed his faith in Josh Allen by buying two veteran receivers, Cole Beasley and John Brown, at a discount.

The signings would pay dividends as Beasley and Brown would combine for 1,838 receiving yards and 12 touchdowns, which included a career year from Brown.

The duo combined with Allen would lead the Bills to a 10-6 record, their best since 1999, and back to the playoffs.

Beane quickly got down to business when taking over in 2017 by cleaning up the Bills’ suffocating salary cap situation. His first moves involved trading away two of the Bills’ higher profile players during the Doug Whaley era: Dareus and Watkins.

Dareus, a former third-overall pick, showed promise in his first few years but quickly became lazy and a toxic locker room presence following his contract extension worth over $100 million.

Watkins, while not as terrible as Dareus, was clearly never the franchise-changing player he was envisioned to be when Whaley traded up to pick him. Beane got back a 2nd-round pick and E.J. Gaines, a steady contributor on the secondary.

Drafting Devin Singletary in the third round (2019)

Beane flexed his drafting muscles in 2019, which could go down as the best draft the team has had in a long time. From rounds 1 to 7, Buffalo acquired solid players. But it was running back Devin Singletary that was the draft’s biggest steal for the Bills.

Singletary was taken 74th overall behind other running backs like Miles Sanders and Darrell Henderson Jr. The Florida Atlantic product has since become the Bills’ top rusher having accumulated over 1,700 all-purpose yards with a 4.7 rushing yards per attempt average.