New York State Police report the arrest of a Palmyra man after a search warrant was executed at a home in Wayne County.

Michael Wiley, 33, of Palmyra failed to appear for a case in June. He had been charged with second-degree menacing and criminal possession of a weapon.

Two troopers responded to Wiley’s residence to execute the search warrant. Trooper say that when the responding officers made contact with Wiley – he took a space heater and struck them in the head. They suffered lacerations, which required stitches.

Public Information Officer Mark O’Donnell tells FingerLakes1.com that the third officer reported injured in the incident sustained those in a car crash. He says the trooper was responding to back-up the two officers that had been assaulted when a crash occurred.

He said the two officers that were assaulted by Wiley received stitches.

Wiley was taken into custody and charged with two counts of second-degree assault and two counts of assault with intent to cause injury – all four charges as felonies – as well as criminal possession of a weapon and criminal mischief. 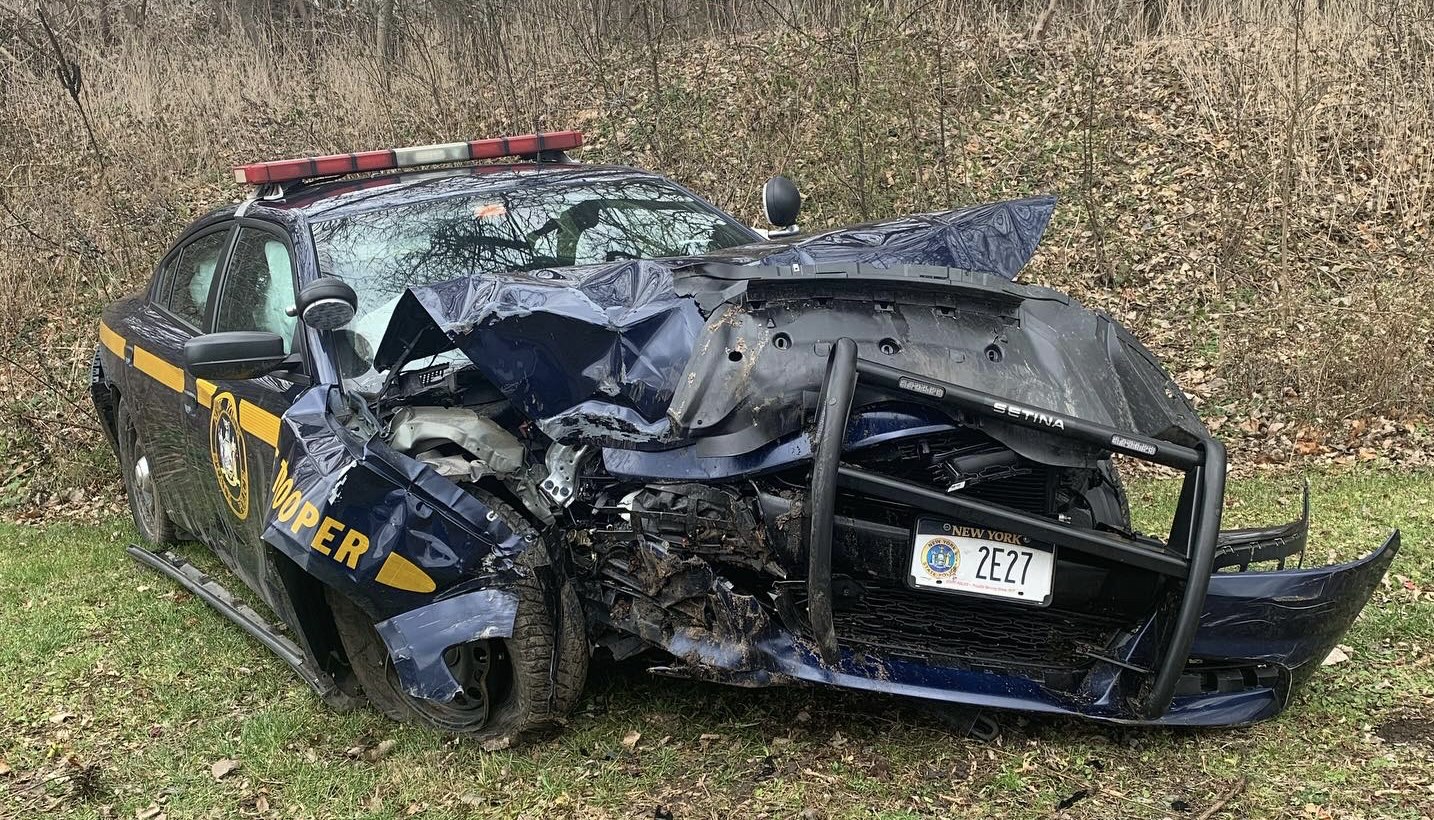 Photo of the cruiser car after the incident in Wayne County.