Board votes 4-1 to use more landfill revenue in budget, keep taxes flat in Seneca Falls

It took a little longer than expected, but the Town of Seneca Falls has a budget for 2021. 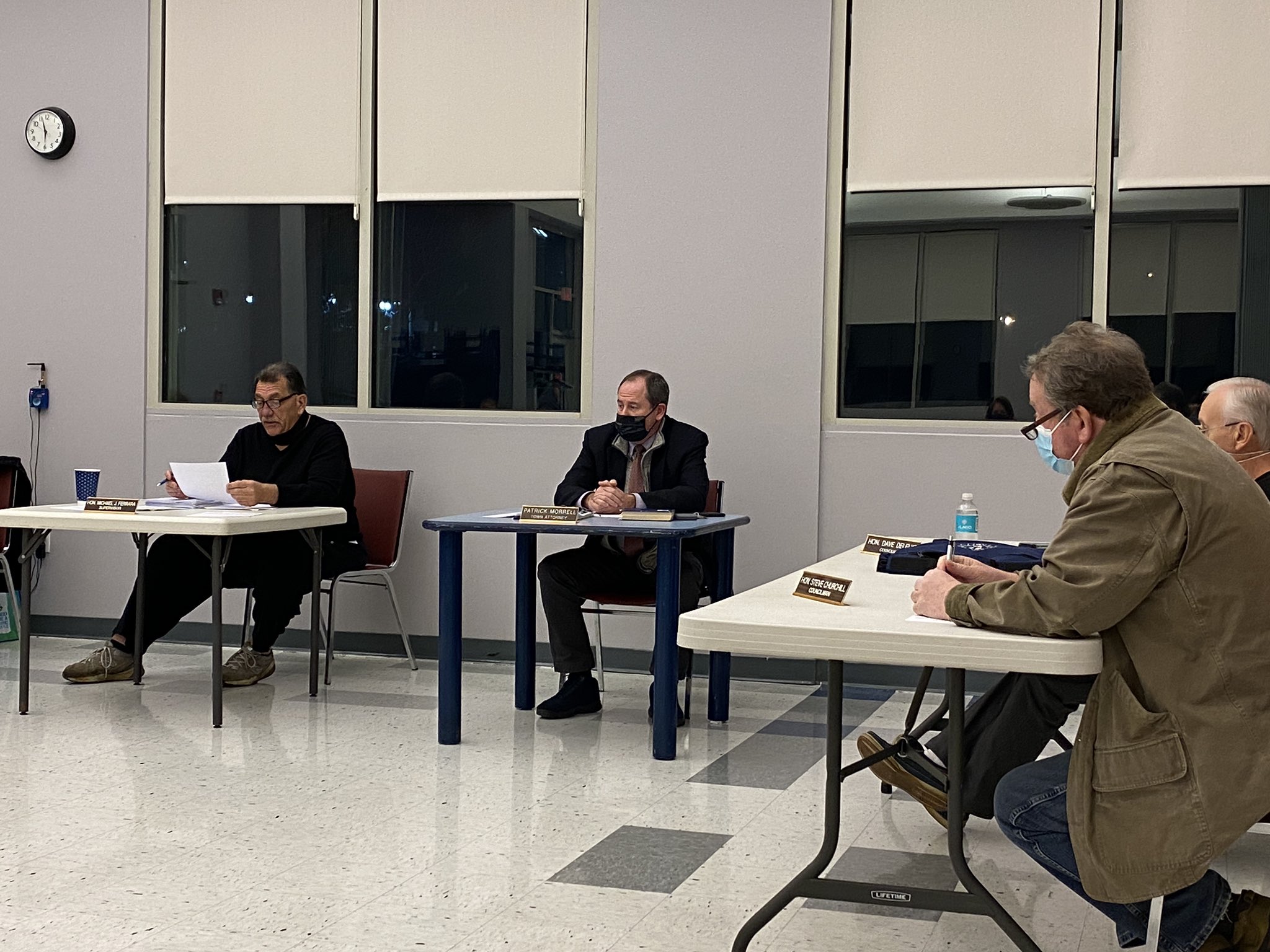 Last Friday the Town Board voted 3-2 to adopt a spending plan that would only use $999,750 of the approximate $3,000,000 received through a community host agreement with the Seneca Meadows Landfill. A motion was made close to the end of that session to reduce the use of landfill revenue by approximately half.

Instead of keeping taxes flat there would be an increase of 9-10%, which some of the councilors felt was appropriate.

However, one member of the Board changed his mind. It meant a special meeting on Thursday, to explore and possibly re-vote on the budget.

After starting a few minutes late, a motion was read by Councilor Dave DeLelys, who requested the meeting. He wanted to change his vote on the budget to keep taxes flat this year.


While DeLelys didn’t offer an explanation why he wanted to change his vote – two board members voiced their concern with kicking the can down the road.

“I still think it’s a mistake,” Councilor Doug Avery said after the motion was on the table for discussion. “We’ve got to get away from using landfill money for the operating budget. We should be using it for infrastructure, to save for the future. Instead, we’re using it to keep the taxes flat. Life is not flat. The economy is not flat. It’s a dead end to keep trying to keep taxes artificially low.”

His fear, which was echoed by Councilor Steve Churchill was that small increases over the course of years would be better than the major increase that would come when the landfill shuts down.

The Town still has a local law on the books, which mandates the shutdown of Seneca Meadows at the close of 2024.

Supervisor Mike Ferrara did agree that the Town should be looking for ways to cut spending, but said that this year isn’t the best time to do it.

“I just hope we don’t find another reason to delay the inevitable again next year,” Avery responded. Ferrara agreed, noting that the Town should be able to cut between $500,000 and $600,000 annually from the budget over the next four years to reduce the dependency on the landfill revenue.

“This has been a difficult year for many people in the community,” Ferrara added. “If we don’t have to hurt them – we shouldn’t.”

Despite the push-back from Councilor Avery – there was only one vote opposed to rescinding the 3-2 vote from last Friday’s meeting.

With that out of the way – the Board began debating the process by which the many amendments that were made at that session could be incorporated into a new vote. A motion was ultimately made by Supervisor Ferrara to add approximately $1,500,000 of host agreement revenue to the general fund. Another $300,000 would be pulled from capital reserves. Councilor Dawn Dyson seconded the motion, which also included a handful of minor changes to other line items.

This motion provided a pathway for the Town to move forward with a flat tax rate moving from 2020 to 2021.

However, before a vote could happen Councilor Churchill made another motion. His motion modified the amount that would be added back into the general fund from landfill revenue, which would’ve created an approximate 4-5% increase in property taxes.

That motion didn’t even receive a second.

Within just a couple moments the Board voted 4-1 to approve the modified budget plan that kept taxes flat. Councilor Churchill was the only opposing vote.