The design of a new statue that will be unveiled in the town of Seneca Falls next summer was revealed Thursday. The Women’s Suffrage Centennial Commission will pay the town $274,000 for a statue that will honor early women’s rights leaders Sojourner Truth, Harriet Tubman, Laura Cornelius Kellogg, and Martha Coffin Wright.

A group of Haudenosaunee Clan Mothers, Chiefs, scholars, historians, artists, and leaders selected Laura Cornelius Kellogg, who was a member of the Oneida Nation and a suffrage supporter, for inclusion in the statue. As the sculpture is created, Jane DeDecker is working with Haudenosaunee artist Diane Schenandoah on Indigenous representation within the artwork.

In late summer 2021, the Ripples of Change statue will be unveiled along the Cayuga-Seneca Canal next to the When Anthony Met Stanton statue, and will likely be moved to People’s Park as a central part of the revitalization of the Seneca Falls town center in the coming years. 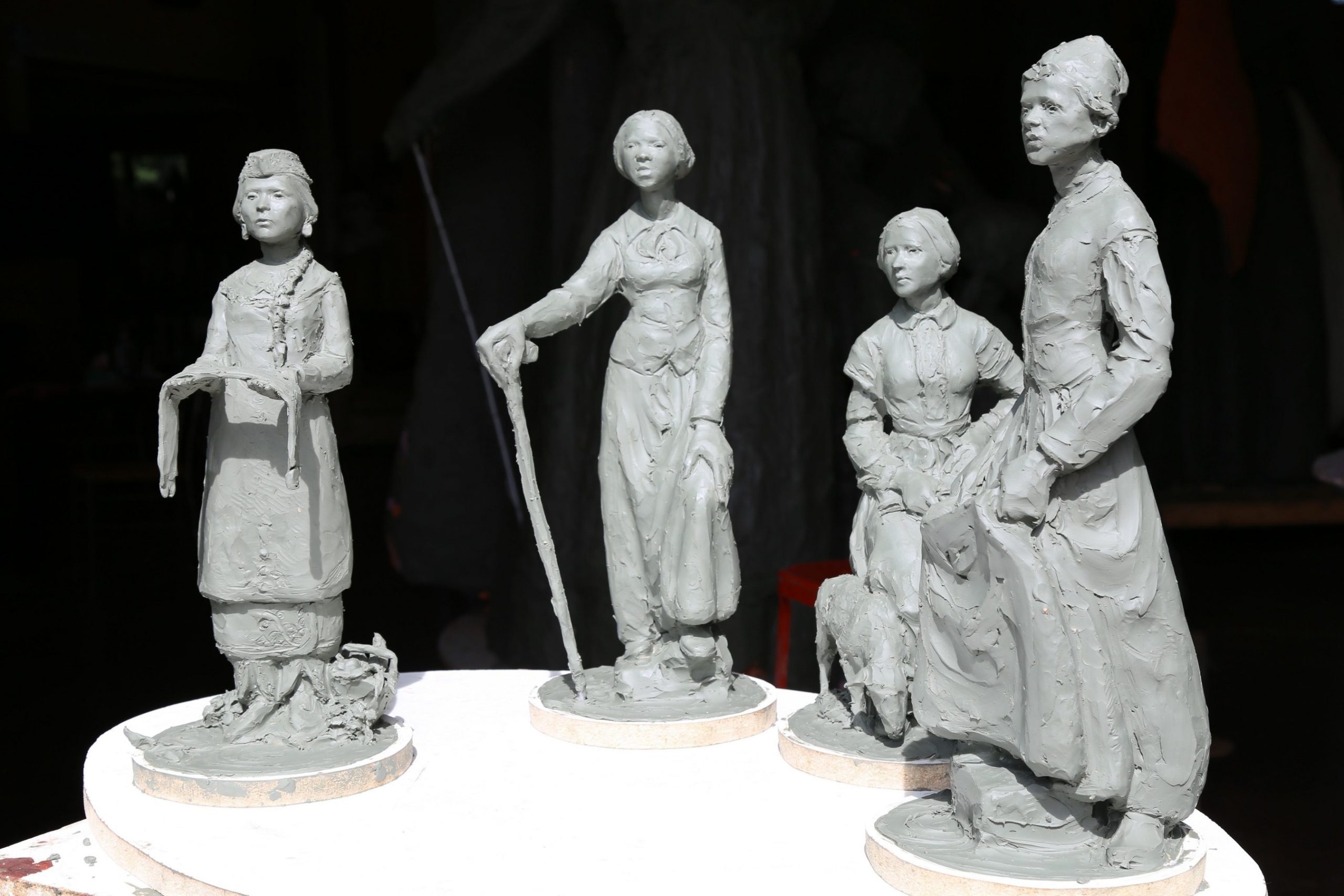 “The four trailblazers who will be represented in this statue fought for freedom, equality, and the right to have their voices heard and their votes counted. The suffrage centennial in 2020 has provided an unparalleled opportunity to honor the legacy of women like Kellogg, Tubman, Wright, and Truth, and with this memorial, we will ensure their leadership and their contributions to democracy are not forgotten,” said WSCC Executive Director Anna Laymon.

“Seneca Falls is honored to be selected as the site for this incredible tribute,” said Michael Ferrara, Seneca Falls Town Supervisor, “and we collectively extend our gratitude to everyone involved in this extraordinary project.”

“In 1848, the first women’s rights convention in the United States was held in our very own Wesleyan Chapel, today known as the Women’s Rights National Historical Park,” said Joell Murney-Karsten, Board Chair of the Seneca Falls Development Corp. “Our community has always celebrated its unique role in the history of women’s fight for suffrage and equality, and Ripples of Change will serve as a bold visual reminder of the inspiring women who led the way.”

“I am honored to create this statue that will stand in the town where women launched a revolution. Ripples of Change represents how each generation of suffragists built upon the work of the women who came before them and teaches us that the collective energy of those who are committed to progress is what can bring about lasting change,” said artist Jane DeDecker.

Michelle Schenandoah, traditional member of the Oneida Nation and co-founder of Indigenous Concepts Consulting, said, “Our Haudenosaunee Confederacy was the guidepost that the U.S. Founding Fathers relied upon when fashioning the U.S. Constitution, and our women were the source of inspiration to suffragists who sought the full power and respect that our Haudenosaunee women have always held. Laura Cornelius Kellogg stood up against U.S. colonizing practices and represents our Haudenosaunee women in the fullest sense; we are women who’ve always had full autonomy over our minds, bodies, children, and lands, while occupying the seat of authority in our government. This statue will stand on the lands of the Gayogo̱hó꞉nǫʼ (Cayuga) Nation of the Haudenosaunee Confederacy, and it is our hope that Laura’s words and actions will inspire the public to be active participants in reclaiming this truth.”

“This year marks the centennial of the 19th Amendment and women’s right to vote in the U.S. Constitution. Now more than ever, we are committed to continuing our fight for equality and justice to help ensure equal opportunities and fairness for all,” said Lieutenant Governor Kathy Hochul, Chair of the New York State Women’s Suffrage Commission. “New York is proud to receive this statue from the federal Women’s Suffrage Centennial Commission. Ripples of Change honors our state as the birthplace of the women’s rights movement recognizes the legacy of New York suffragists and encourages the continued fight for women’s rights and protections.”