the Geneva High School Varsity Golf team wrapped up their regular fall season on Saturday beating Waterloo and Pal-Mac in a tri-match. For the seniors on the Panthers squad, this was their 54th straight win. The win streak dates back to 2016. From their freshman to senior year, these seniors have never lost a match going 54-0. 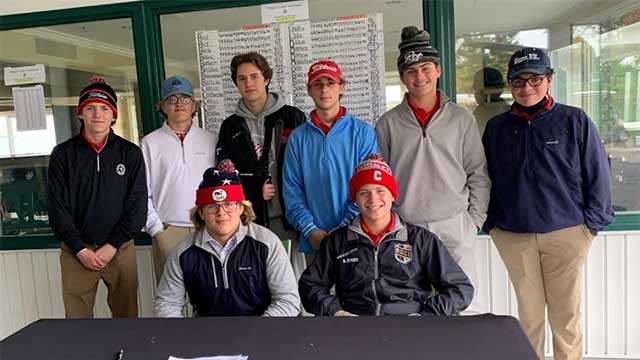 During the win streak, Geneva has captured 4 Finger Lakes league titles and 4 Player of the Year awards (John Mittiga and Joey Maher). John Mittiga has won the Finger Lakes Golf Championship the past 4 consecutive years capturing the latest title on Tuesday at Geneva Country Club where he fired a 71. Maher fired 76 to capture 2nd place. They have also done a wonderful job in the classroom as they have been named NYS Team Scholar Athlete Team Award Winners multiple times.

There have been numerous first team honors for John Mittiga/Joey Maher/Kevin Bucklin and Sean Bucklin has been 2nd team. (Sean missed this season due to injury)

John, Joey, Kevin, and Sean have all qualified for sectionals in the past and in 2018 John went to states to compete at Cornell.

This year Geneva qualified 7 golfers to go to the Finger Lakes Golf Championship.