On Friday at approximately 12:20 p.m. officers were called to a motor vehicle crash that had just occurred at the 400 block of Hook Place involving a T-Cat bus. 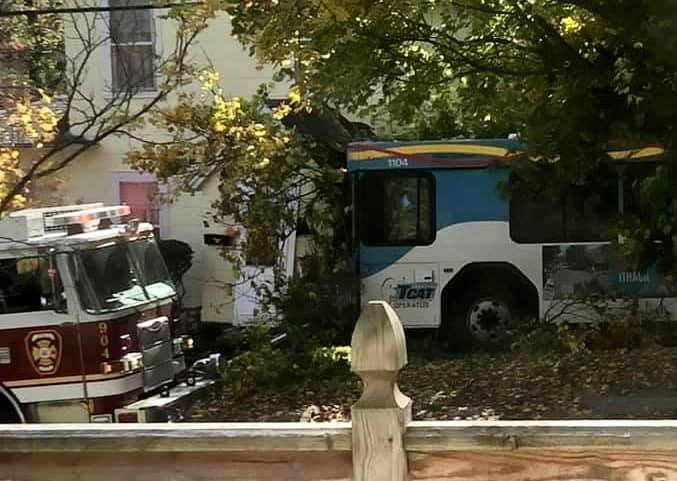 It was reported that the transit vehicle had crashed into a house on the block.

Upon arrival, officers found that the bus had been involved in a crash, and that no other vehicles were involved.

The people involved in the crash – including the driver, bus passengers, and home owner only reported minor injuries.

None were transported to the hospital following the wreck.

Police say investigation revealed that the bus was turning onto Hook Place from Haller Boulevard when the driver lost control of the vehicle and travelled off the roadway onto three properties along the northern side of the street.

That bus then veered back across the street and onto the south side of Hook Place – striking trees, and coming to rest after hit a home.

The majority of the crash investigation is complete at this point, according to police, who say no criminal charges are expected.