Those in the Finger Lakes region face a tough choice about which sports team to back. Buffalo has NHL and NFL teams, while New York City has multiple teams for each major US sport. Boston and Toronto, though a bit farther than New York City or Buffalo, are also home to top teams.

When it comes to baseball in particular, local favorites include the Toronto Blue Jays and the New York Mets and Yankees. For those who regularly catch baseball games all summer long, the big name to watch is usually the Yankees. They’ve got the strongest record and a long list of celebrity fans.

Despite the fact that the Mets’ overall record is lopsided toward loss, they’re still the sixth-most valuable MLB franchise and incredibly popular. Though most looking to bet on the MLB season-long would support a winning franchise like the nearby Yankees, the Mets have a strong fanbase that packs into Citi Field season after season.

And, in the end, it pays to back the underdog. Top MLB teams often have a long list of rivals that fight tooth and nail for a higher ranking in their division.

But before players battle against one another on the diamond, they first need to fight to step onto their own. Enter Minor League Baseball, or the MiLB. Much like the NHL, the MLB has a minor league that many franchises use as a training ground for prospective players.

In the MLB, only 25 players on a 40-man roster can be active during the season. On September 1st, this rule shifts and allows teams to utilize a full 40-man roster. In the interim, the remaining 15 players are likely playing for their franchise’s MiLB affiliate if not injured.

Players signed only to an MiLB team might be career minor league players, or they may be prospective players that first need to develop their talent before starring on the 25-man, regular-season roster.

Since the New York Mets purchased the Syracuse Chiefs from the Washington Nationals in 2018, they’ve rebranded the minor league squad as the Syracuse Mets. For baseball fans in Western New York, the MiLB team is the perfect opportunity to take a sneak peek at a few future stars for the NYC team. This year, those watching at home have their eye on two prospects: Andrés Giménez and Ali Sánchez. 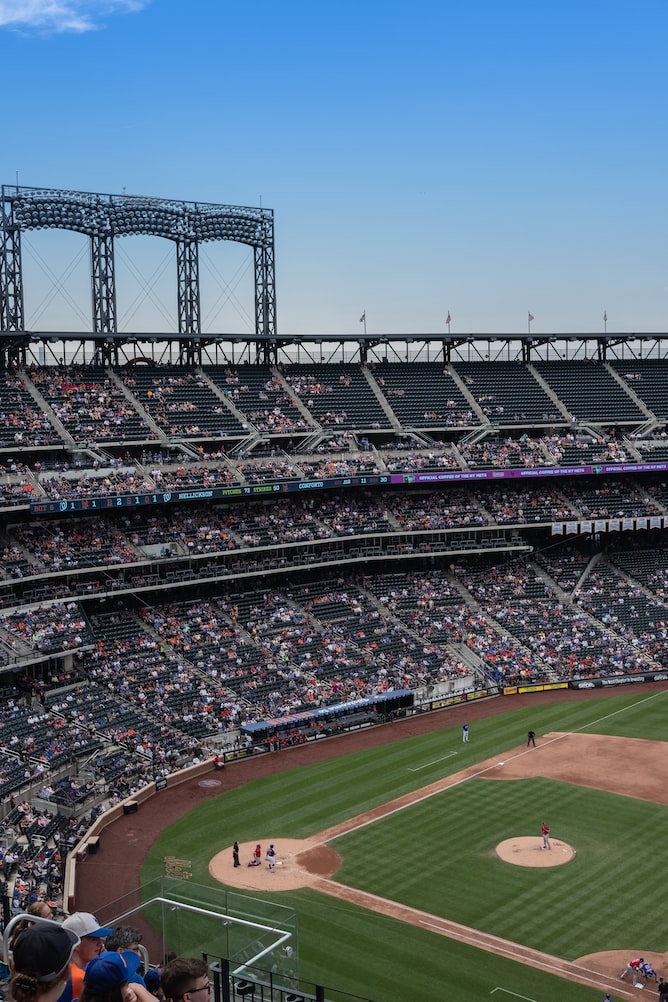 Giménez is one of the Mets’ newest stars. Born in Venezuela, Giménez first signed with the Mets as an international free agent in 2015. Though he signed with one of the MLB’s biggest franchises, Gimenez was a young player who needed to develop his talent as a shortstop.

Rather than allow a player like Gimenez to sign with another team, the Mets sent him to play for the Columbia Fireflies. That’s right—the Syracuse Mets aren’t the only Mets affiliate in the minor league.

Giménez played with the Columbia Fireflies, then the St. Lucie Mets, and finally the Binghamton Rumble Ponies. With the Rumble Ponies, Gimenez hit .250 with nine homeruns and 28 steals. It was enough to get his name on the New York Mets 40-man roster for the 2020 season.

Giménez’s debut with the Syracuse Mets came after his move to the NY Mets. In March of this year, Giménez was assigned to head west for Syracuse to bolster the roster. However, he’s likely to stay in New York—especially since his RBI single helped save the Mets against the Phillies last week.

Catcher and star hitter Ali Sánchez also hails from Venezuela. Like Giménez, he rotated through a variety of MiLB teams, such as the St. Lucie Mets and the Columbia Fireflies. He was added to the Mets 40-man roster at the same time Giménez was.

Sánchez made his debut with the NY Mets on August 10, 2020. Since the MiLB season was officially ended, neither Giménez nor Sánchez have made further appearances barring their March 2020 pre-season game with the Syracuse affiliate.

Currently, neither Sánchez or Giménez are listed on the Syracuse roster. Though they’ve yet to be added to the 25-man roster for regular season play with the major leagues, both players are top MLB prospects.