Workers from New York’s commercial casinos gathered in Waterloo at the County Office Building to rally as they called on Governor Andrew Cuomo to allow them back to work.

The group had been holding rallies and protests over the last several weeks in various locations calling for Cuomo to change-course.


Earlier in the summer he had said that casinos were not essential enough to justify reopening.

However, on Thursday Cuomo announced that casinos would be allowed to reopen on September 9th with limitations in place.

“del Lago Resort & Casino is ready to open safely. We have comprehensive safety guidelines, known as our EXTRA CARE Program, to ensure the welfare of every guest and team member,” Young said in a statement. “del Lago Resort & Casino applauds Governor Andrew Cuomo and the New York State Gaming Commission for their leadership during the COVID-19 crisis, and we are thankful for their partnership in preparation to welcome back our team and guests. We look forward to opening our doors and bringing back economic benefits to the Finger Lakes.”


The rally itself covered a range of tones. There was the fight for casinos to be opened up more fully, which two speakers touched on early in the event. “The chamber supports you 100%,” Tom Murray said. He serves on the Chamber of Commerce’s board, and is a business owner in Seneca County. “It’s the first positive step,” he added. “You should be championing that. In the tourism business we’ve done this. The Finger Lakes region is safe.”

His business, like others along Seneca County’s lakes have seen increased regional travel. Murray noted that his business had one of the best August’s in recent years, despite the pandemic.

“Stay the course and do the job he’s asking us to do,” Murray added. He said businesses, even del Lago, need to be able to act quickly. “You want to go back to work? We’re all in this together. Let’s lead by safety, not instigation.”


One catch that was made clear by organizers was that beyond a 25% cap on those inside the facility, air filtration upgrades, and petitions would be required between players at tables. Unless that last condition is met, facilities won’t be able to reopen table games. 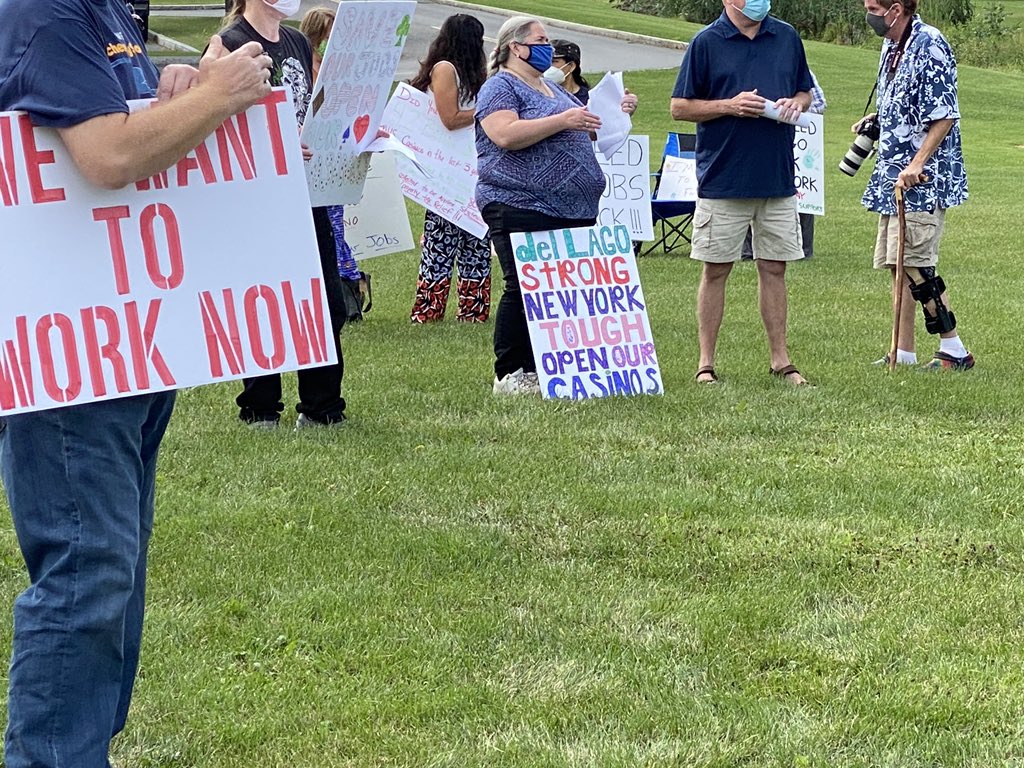