The Buffalo Bills and New Era Cap Company released a joint statement on Wednesday afternoon announcing that the two parties are set to end their stadium naming rights relationship. 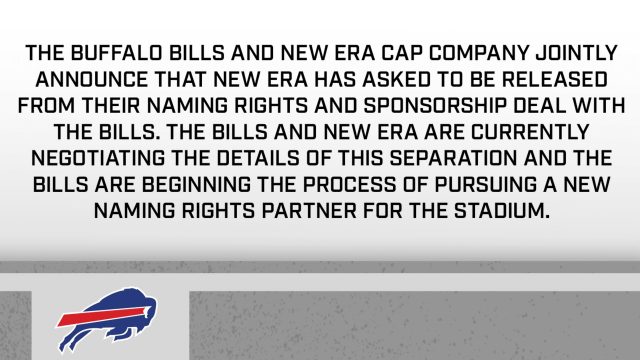 New Era Cap is a Buffalo-based company, which specializes in making caps.  Last week, it was announced that the company would be laying off a third of its workforce, including 117 employees in Buffalo.