How long can NYS fund unemployment? Report says not that long

On Thursday, the U.S. reported another 5 million new unemployment claims.

The Tax Foundation reports that while the numbers were a ‘modest decline’ over last week, it puts the total number of jobless claims in the last 30 days to more than 20 million across the U.S.

Approximately 10.6 percent of the U.S. civilian labor force has now applied for or is receiving unemployment compensation benefits (through April 11, the latest data). The previous high was 7.9 percent early in 1975 during a recession, with a Great Recession peak of 4.8 percent between February and April 2009.

The unemployment claims have largely been fueled by stay-at-home orders and mandatory business closures. The numbers are staggering, and so will the likely financial impact for state and local budgets.

“Unfortunately, many states entered the crisis with woefully inadequate unemployment compensation trust funds, with the possibility that two states—California and New York—could run out of money to pay out claims filed to date by the end of April,” the Tax Foundation reported. “If all the states’ funds were pooled together, they could cover about 10 weeks of payments based on current claims levels, but wide disparities exist.”

They report that many states are woefully unprepared for the magnitude of the challenges ahead. Entering the crisis, 21 states’ unemployment compensation trust funds were below the minimum recommended solvency level to weather a recession. Six states had less than half the minimum recommended amount, representing 37 percent of the U.S. population.

The Tax Foundation says a solvency level of 1 indicates the ability to pay out claims for one year during a Great Recession-like event, and as of April 2, nearly 14.4 million people had filed for unemployment, 283 percent of the worst Great Recession level.

They note that a level of 1 now suggests the ability to pay out current claims for only a little over 15 weeks—and of course, states have already started paying out these new claims.

Below is a map that shows each state’s trust fund status. 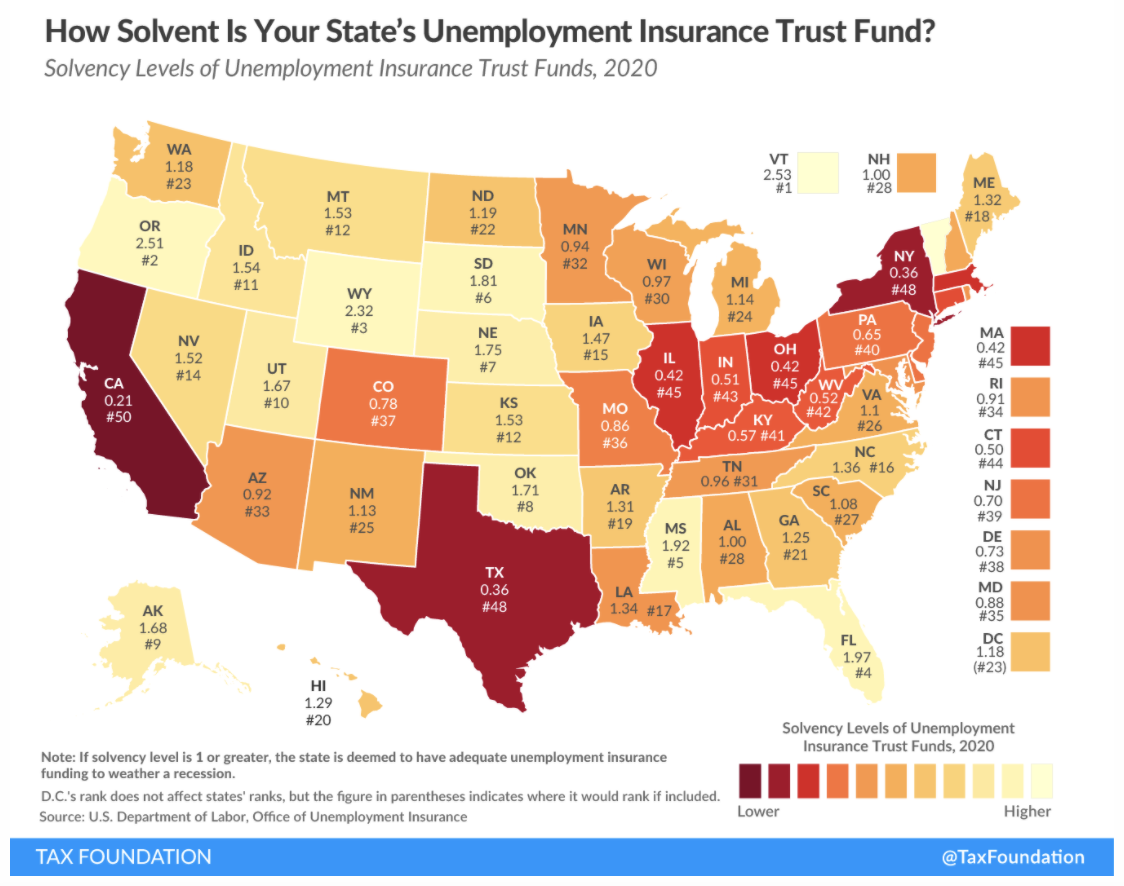