Syracuse stunned North Carolina, 81-53, in the second round of the ACC Tournament here at the Greensboro Coliseum on Wednesday.

The game came at the end of a strange day in college basketball with games being canceled or postponed due to the spread of the coronavirus. 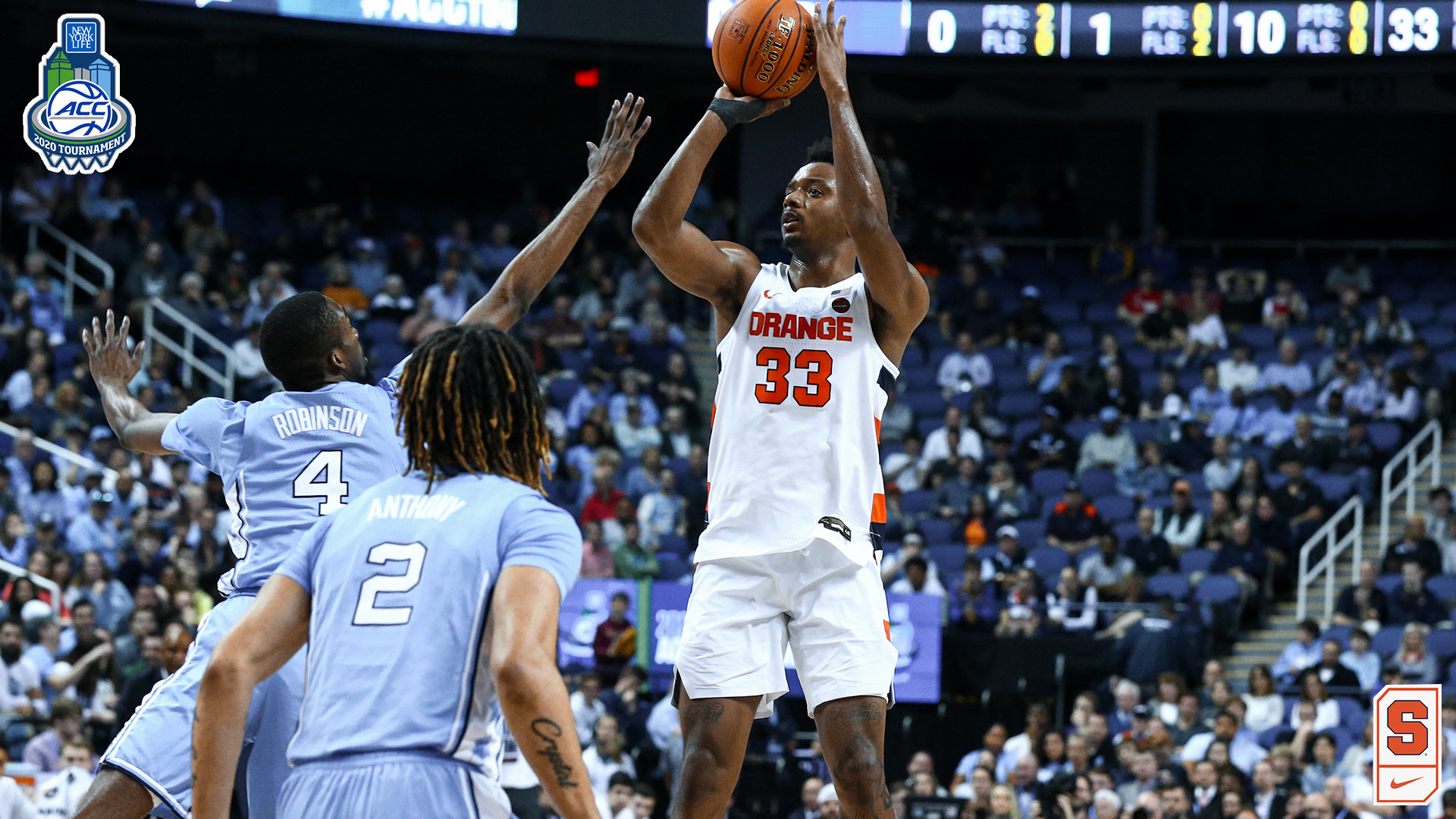 Syracuse (18-14) advances to face No. 3 seed Louisville in Thursday’s quarterfinals. The game will be played with attendance limited to players’ friends and families plus school administrators and other essential staff. The game will be televised.

The game after the game

Syracuse makes its 2020 ACC Tournament debut on Wednesday, March 11 when it takes on North Carolina in the second round. The squads meet in the final game of the day, which is scheduled for a 9 p.m. start.

The Orange enter the ACC Tournament with a record of 17-14. The Orange are the No. 6 seed after posting a league mark of 10-10.

The regular season ended last Saturday with a 69-65 setback in overtime at Miami. Junior Marek Dolezaj led a group of three members of the Orange to reach double figures in scoring with 17 points. Freshman Joseph Girard III finished with 13 points, while sophomore Buddy Boeheim added 12 points.

North Carolina is the No. 14 seed in the tournament and advanced to the second round with a 78-56 win over Virginia Tech in the first round on Tuesday. The Tar Heels (14-18, 6-14) have now won four of their last five contests.

Syracuse and North Carolina will meet for the second time in less than two weeks. The Tar Heels defeated the Orange, 92-79, in the ‘Cuse’s final home game on Feb. 29. Garrison Brooks led all scorers with 26 points, while Buddy Boeheim led the Orange with 22 points.