Dominik Kahun scored the lone goal for the Buffalo Sabres in a 3-1 loss to the Philadelphia Flyers at Wells Fargo Center on Saturday.

The Sabres outshot the Flyers, 39-24, but saw chances stifled by Philadelphia goaltender Carter Hart throughout a 38-save performance. Claude Giroux scored twice for the Flyers, including the winning goal in the third period. Joel Farabee also scored. 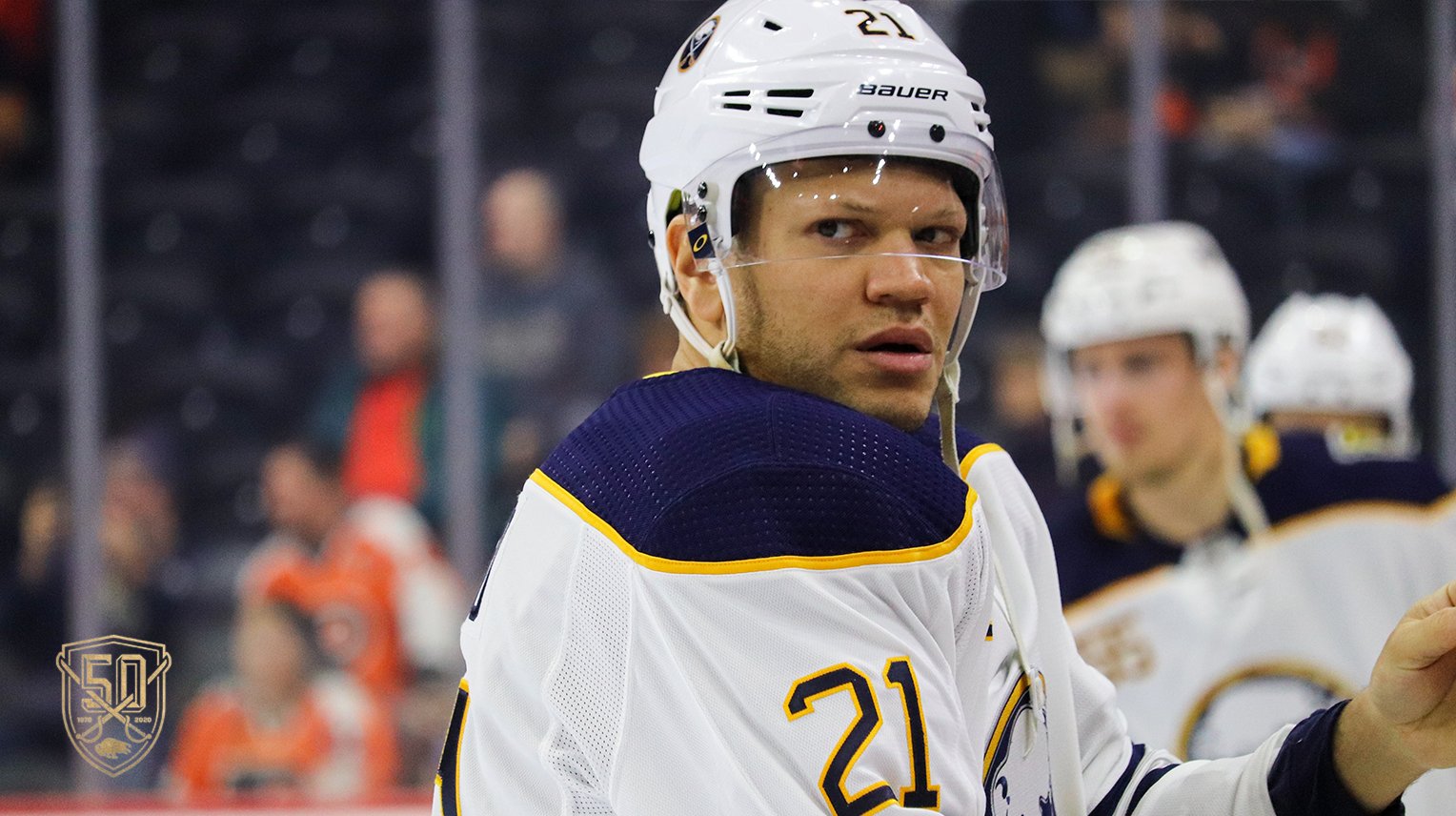 Carter Hutton made 21 saves for the Sabres.

The Sabres came out firing against a Flyers team that entered the night on an eight-game winning streak. They ended the first period with a 13-4 advantage in shots and a 6-3 edge in 5-on-5 scoring chances (according to Natural Stat Trick) but were unable to push one past Hart.

Instead, it was Giroux who opened the scoring with 9:56 remaining in the second period. Kahun evened the score prior to the second intermission, the product of a tic-tac-toe passing play from linemates Marcus Johansson and Victor Olofsson.