Syracuse survived a half without Elijah Hughes, but it couldn’t manage an extra five minutes without its star player.

Miami handed Syracuse a 69-65 overtime loss in an ugly affair at the Watsco Center on Saturday. 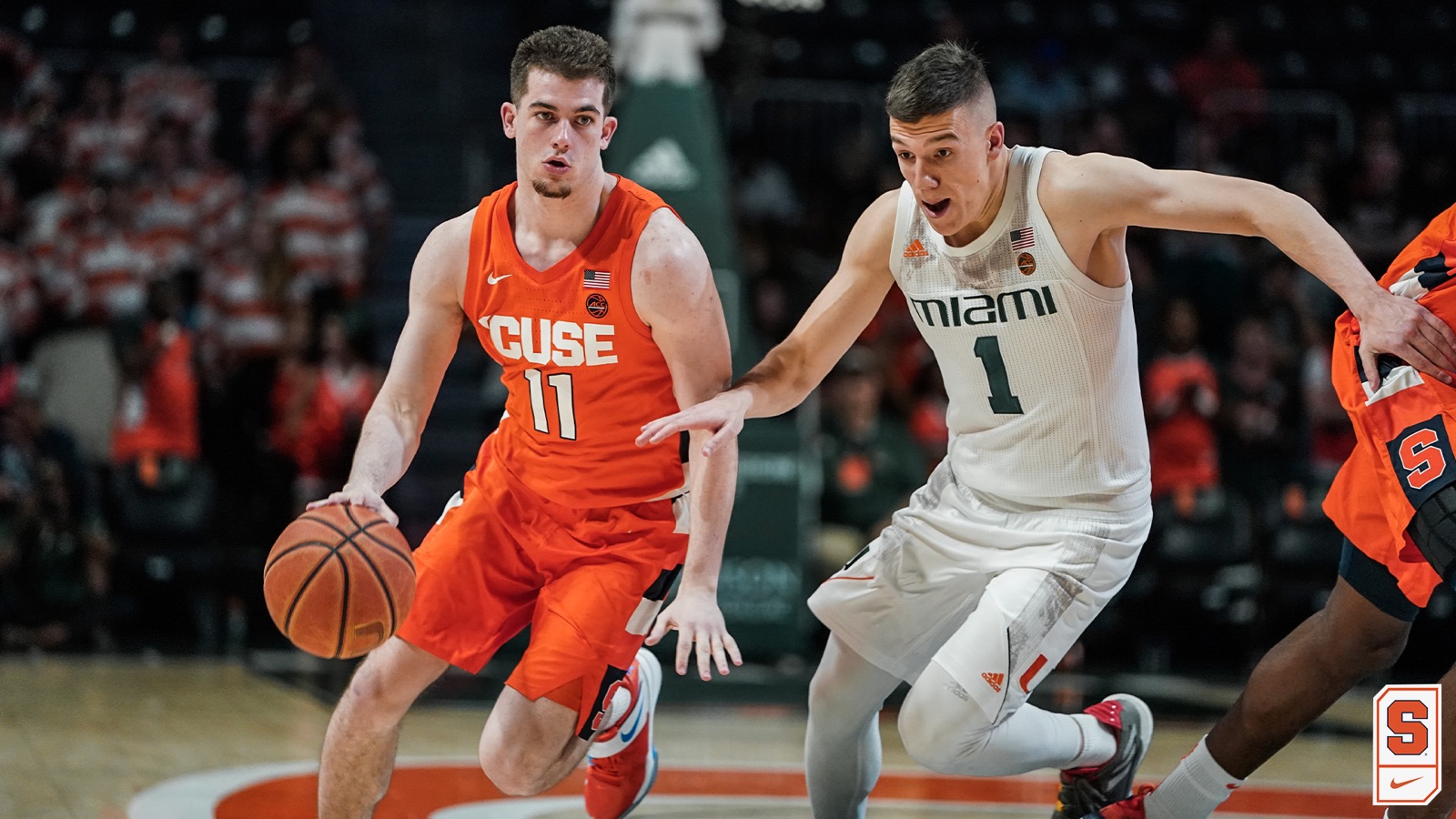 Hughes, the ACC’s leading scorer, watched from the bench after suffering an apparent head injury on a fall. When he fell backward, Hughes appeared to hit his head on Bourama Sidibe’s leg in the final minute of the first half.

The Orange struggled offensively without Hughes on the court and the problems worsened in the overtime period. Syracuse made just two out of seven shots in the overtime, missing all three of its 3-point attempts.

Final from Coral Gables. ACC Tournament is next. pic.twitter.com/ZLZGrZtmoU

The 2019-20 regular season comes to an end on Saturday when Syracuse travels to Miami to face the Hurricanes. The squads will meet at 4 p.m. in the Watsco Center.

Syracuse (17-13) got back in the win column on Tuesday with an 84-71 victory at Boston College. Redshirt junior Elijah Hughes led the way with 28 points, while sophomore Buddy Boeheim contributed 21 points. In addition, junior Bourama Sidibe pulled down 12 rebounds, marking the fourth consecutive game that he has recorded 10 or more rebounds. He now ranks 11th in the ACC in rebounding, grabbing 7.3 per game.

The results of this weekend’s game will have an impact on the bracket for next week’s ACC Tournament in Greensboro, N.C. The Orange are in fifth place in the league standings with a 10-9 record in conference play. NC State, Notre Dame and Clemson are right behind with identical 9-10 league records. The complete bracket will be released Saturday night after the conclusion of all games.

Miami enters the regular-season finale with a 14-15 overall record, including a 6-13 mark against ACC foes. The Hurricanes are coming off a 46-44 loss to Virginia on Wednesday, which extended their losing streak to three.

The Orange and Hurricanes will meet for the 28th time. Syracuse owns a 19-8 advantage in the series. Last season, the ‘Cuse defeated Miami, 73-53, in the Carrier Dome in the only meeting between the two schools. Hughes was 8-for-13 from the field on his way to a game-high 22 points.