Forward C.J. Smith (1+2) and defenseman Jacob Bryson (1+1) each recorded a multi-point game to help the Rochester Americans (32-19-4-5) to a 5-3 victory over the first-place Belleville Senators (38-18-4-1) at CAA Arena Friday night. The contest served as the first game of a weekend set between the North Division rivals.

With the win, the Amerks, who have earned 11 out of a possible 16 points in the last eight games, hold a two-point lead over the Comets for second place in the AHL’s North Division standings. Rochester holds a 7-0-2-0 record all-time in the road portion of the head-to-head series while also claiming at least one point in 12 of the last 17 meetings with the Senators dating back to the 2017-18 season. 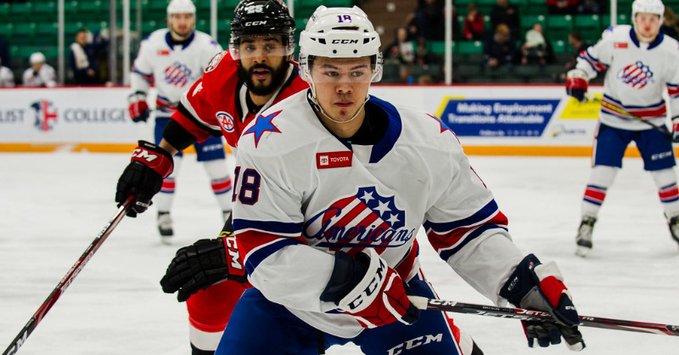 Along with both Bryson and Smith scoring their third and 12th goals of the season, respectively, Kevin Porter, Andrew Oglevie and Scott Wilson all found the back of the net for the Amerks. Goaltender Andrew Hammond (16-12-3) stopped 25 of the 28 shots he faced against his former team to improve to 16-12-3 in his 33rd appearance of the campaign.