The Buffalo Sabres got within one goal of the Pittsburgh Penguins on Thursday but were unable to complete the comeback in a 4-2 loss at KeyBank Center.

Jake McCabe and Marcus Johansson scored for Buffalo and Jonas Johansson made 28 saves in net.

Buffalo had the game tied midway through the first and Johansson scored early in the third to cut the deficit to 3-2. 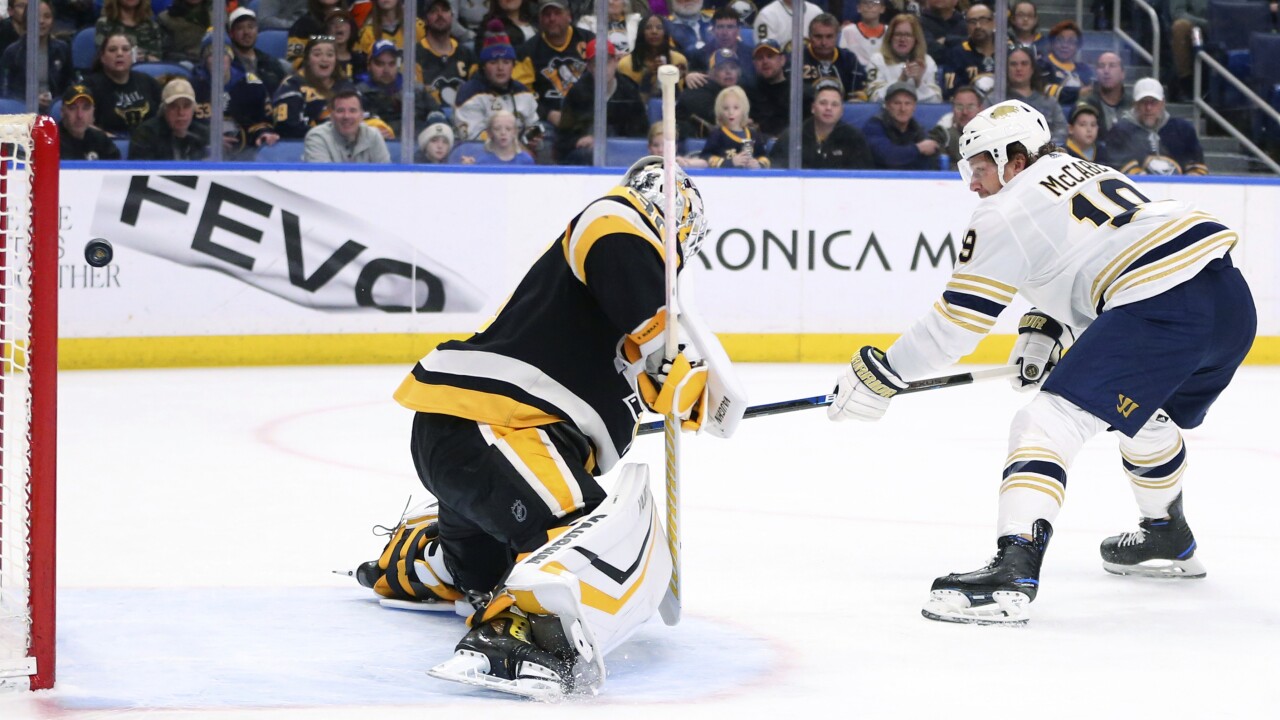 However, the Penguins sealed the deal thanks to two goals from Patric Hornqvist, one from Marcus Pettersson and another from Sidney Crosby. Evgeni Malkin recorded a pair of assists and Matt Murray stopped 28 shots for Pittsburgh.

The Penguins were credited with the game’s first goal 7:56 into the opening period. Nick Bjugstad, fresh off injured reserve, crashed the net and fell into Johansson at the top of the crease. As they both tumbled, Patric Hornqvist, also down on the ice, swept a backhand into the net. Buffalo challenged the play for goaltender interference, but lost the challenge and found themselves down a man as a result.