The Elijah and Buddy Show took over Conte Forum to the delight of the Syracuse fans who took over Boston College’s arena on Tuesday night.

Elijah Hughes and Buddy Boeheim combined for 49 points as Syracuse pulled away in the second half for an 84-71 win over the Eagles. 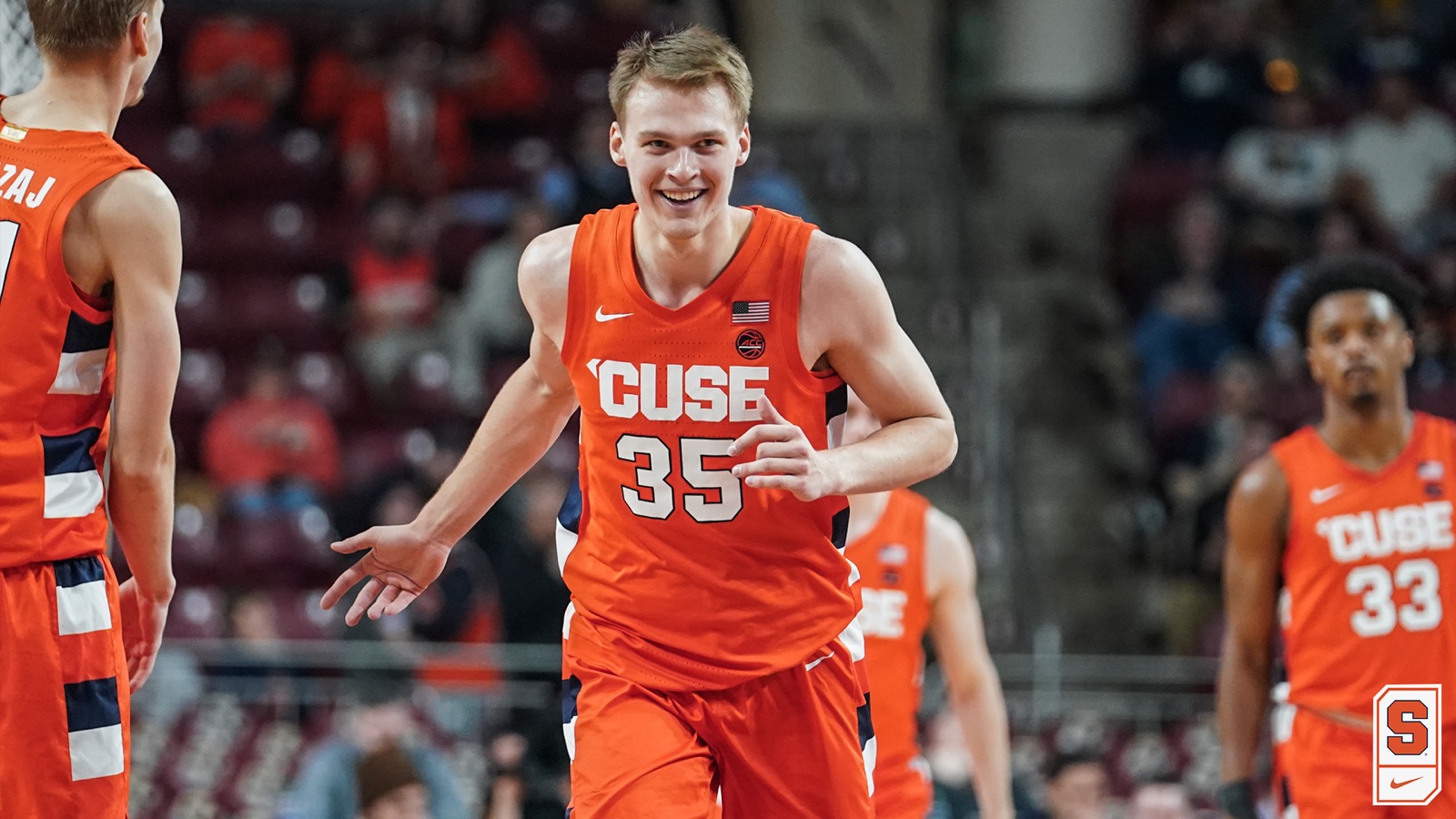 Hughes scored 28 points, while Boeheim contributed 21 for the Orange.

Things you love to see:

We're having some fun at BC pic.twitter.com/sSTWo3lUCM

Syracuse hits the road for its final two-regular season games, starting in Chestnut Hill on Tuesday, March 3 against Boston College. Tipoff at the Conte Forum is slated for 7 p.m.

Tuesday’s game will be the 77th all-time meeting between Syracuse and Boston College. The Orange have won the past three contests against the Eagles, including a 76-50 victory at the Carrier Dome this season on January 15. The Orange were powered to victory behind 22 points from Boeheim and a double-double from Dolezaj (10 points, 11 rebounds).

Sophomore Buddy Boeheim had 22 points and junior Bourama Sidibe posted 17 points and 15 rebounds, but it was not enough as North Carolina bested Syracuse, 92-79, Saturday in the Orange’s final game in the Carrier Dome this season.

Boston College rounds out a three-game homestand against Syracuse after dropping the first two games to Clemson (82-64) and Notre Dame (62-61). The losses push the Eagles’ record on the season to 13-16 with a 7-11 mark in conference play. Against ACC foes that enter the Conte Forum, BC is 4-5, having lost four of its last five conference home games.