Dominik Kahun got the Buffalo Sabres off to a good start Friday night, but the Vegas Golden Knights rallied back to beat Buffalo 4-2 at T-Mobile Arena.

Kahun, who scored on his second shift of the game, skated 10:37 in his first game with Buffalo, registering that lone shot and two blocks. The Sabres acquired Kahun from Pittsburgh ahead of Monday’s NHL Trade Deadline. 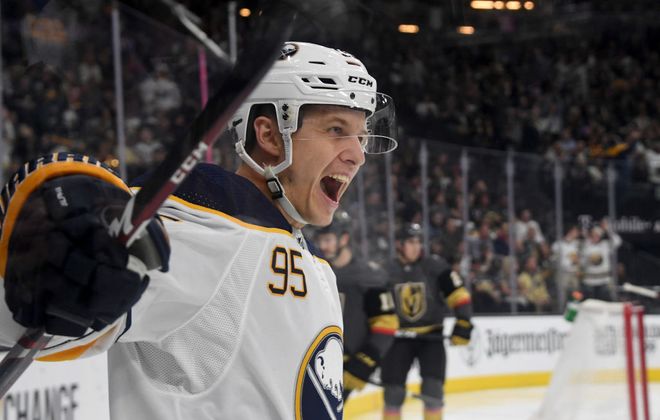 The Sabres took an early lead, but Vegas scored the next four goals, including a pair early in the third period to pull ahead.

Jeff Skinner added his 13th goal of the year for Buffalo, but it was already too late.

We fall to Vegas. pic.twitter.com/le5aPv2oBq