Louisville had too many weapons and too much physical strength for Syracuse.

Louisville exerted its advantages in experience, size, depth and strength to hand Syracuse a 90-66 loss at the KFC Yum! Center on Wednesday night. 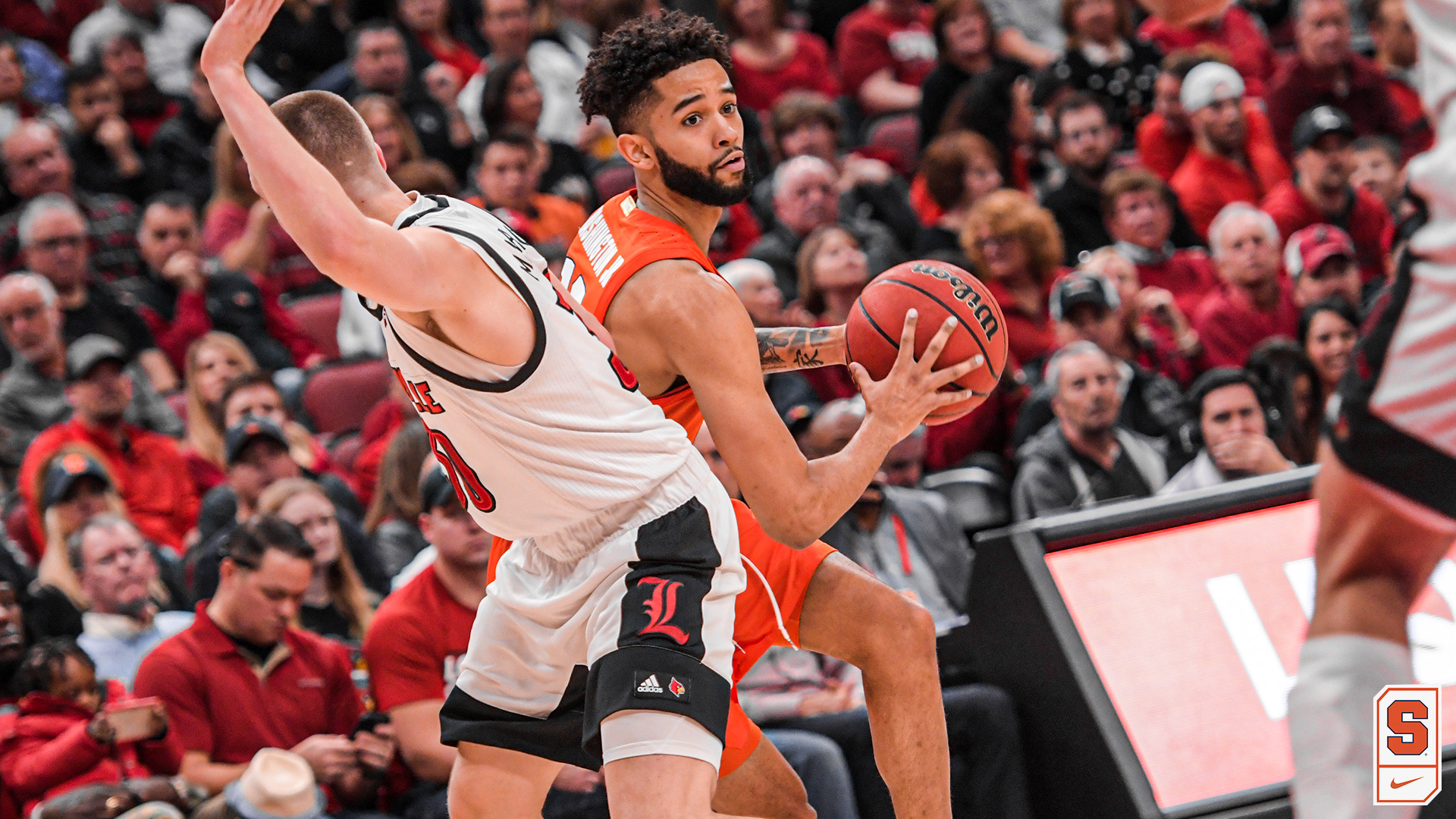 It was the worst loss for Syracuse since a 79-53 loss to Virginia last season.

The Orange lost for the fifth time in its last six games.

Final in Louisville. We're back in the Dome Saturday for a 4 PM tip vs. Georgia Tech. pic.twitter.com/9SyibP3erJ

Images from the first half 📸 pic.twitter.com/dkTv2M9ikz

Syracuse will play four of its final six regular-season games on the road, starting Wednesday at No. 11/11 Louisville at the KFC Yum! Center. Tip off is slated for 7 p.m.

Wednesday’s game features the top two scorers in the ACC. Hughes moved back into the top spot with his performance at Florida State as he improved his season scoring average to 18.9 points per game. Louisville junior Jordan Nwora is right behind in second place, averaging 18.2 points per game. Both are among the top outside shooters in the league as they average 2.5 3-pointer per game, which rank second in the ACC. Syracuse sophomore Buddy Boeheim leads the league in that category (3.4).

Like Syracuse, Louisville is trying to snap a two-game losing streak. The Cardinals lost at Clemson, 77-62, last Saturday. UofL is 22-3 overall, including 12-2 on its home court. The Cardinals are in second place in the ACC standings with a 12-3 league record.

Syracuse and Louisville have met 28 times. The Cardinals have won 18 of those games, however the Orange own a two-game winning streak in the series. Last season, Syracuse defeated Louisville, 69-49, in the Carrier Dome. Hughes led all scorers with 18 points.

Off to the ‘Ville ✈️ pic.twitter.com/OOwdj1Ms77