With the win, Rochester has collected at least one point in 18 of the last 24 games against Utica dating back to the start of the 2017-18 campaign, going 13-6-2-3 over that span. The Amerks also trimmed the Belleville Senators’ first-place lead to five ahead of Wednesday’s contest between the two teams in Rochester. 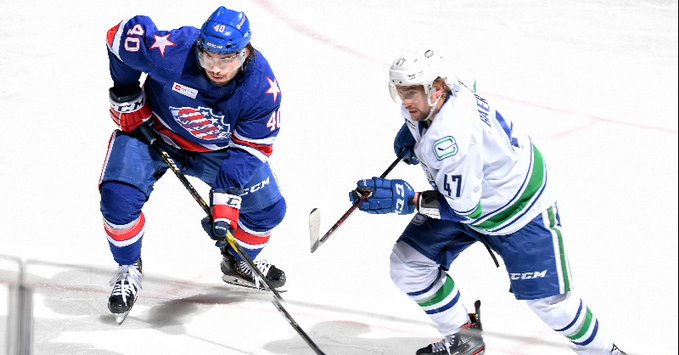 Forwards Remi Elie and Taylor Leier notched their sixth and seventh goals of the campaign, respectively, while Eric Cornel established a new career-high with his 10th marker in the first period. Rookie goaltender Ukko-Pekka Luukkonen (3-3-1) made 27 saves in his second consecutive start while earning his third win of the season.