Griffin Cook put up a career-high three goals and five points to spark the Syracuse lacrosse team to a 17-4 win over Binghamton on Saturday in the Carrier Dome.

Brendan Curry also recorded a hat trick for the Orange, and Chase Scanlan and Jamie Trimboli each scored twice as No. 5 Syracuse improved to 2-0. The Bearcats dropped to 0-2. 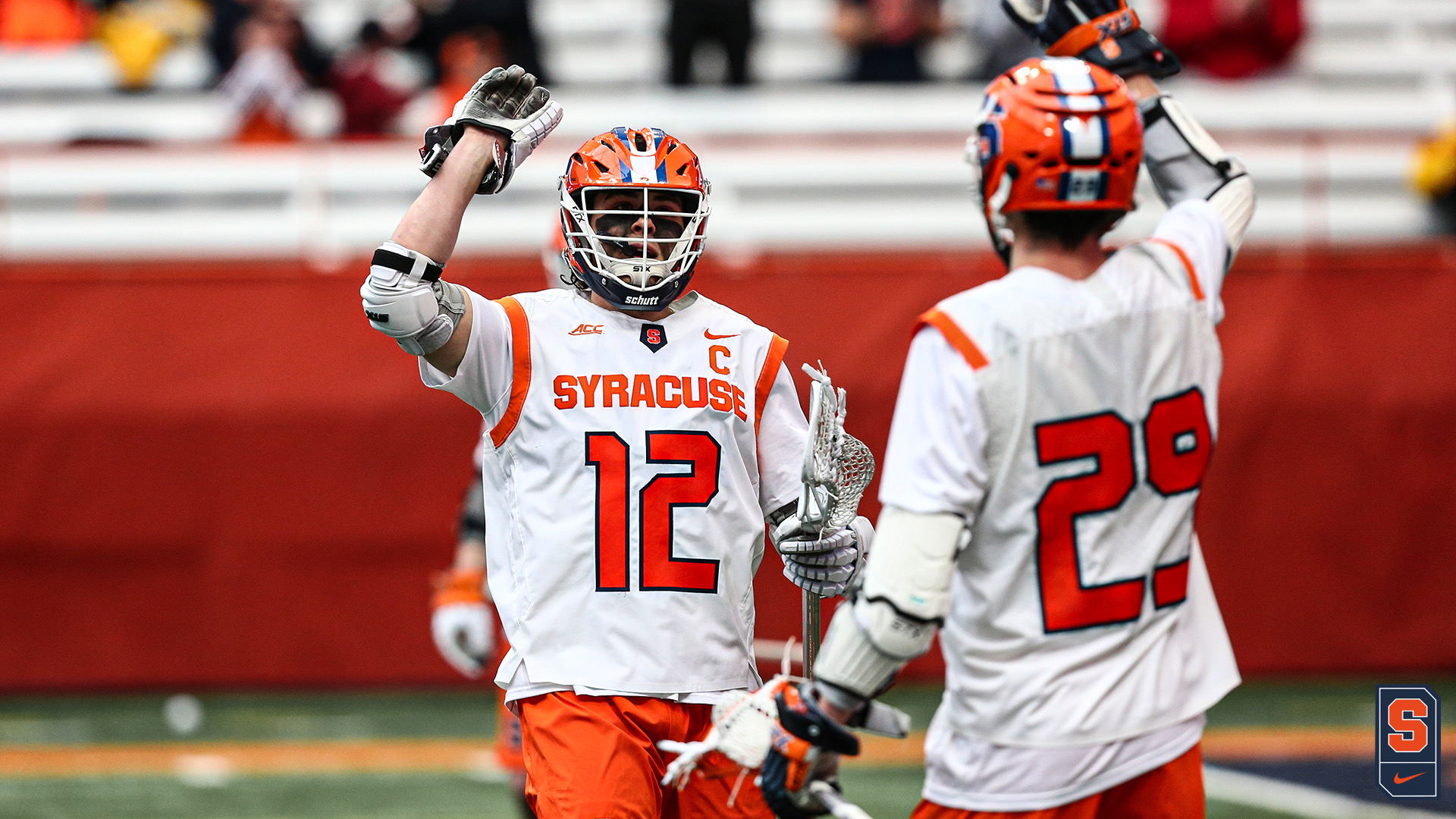 The Orange rolled out an offensive barrage from start to finish, outshooting the Bearcats 55-21. Eleven different players scored for SU.

See you next Sunday for a battle of unbeaten teams when Army comes to town. pic.twitter.com/cJVn70MQIP

After putting up 21 goals against Colgate last weekend, the No. 5 Syracuse offense will look to hit at least 20 again this Saturday at 2 p.m. versus Binghamton. Chase Scanlan has a chance to add to his NCAA-leading tally of seven goals. On the other end, Binghamton will look to hit five goals for the first ti this season after failing to do so against Marist College last Saturday.

– This will be the 8th all-time meeting between the two Upstate New York programs. The Orange are undefeated in the series.
– The teams haven’t met since the 2018 season opener, where Danny Varello (15-of-17) had a career day at the X and Stephen Rehfuss (3-2) posted his first career five-point game.
– This is just the second time the two programs have met in the month of February. The series was previously scheduled for late March or early April in the first six matchups.

AGAINST THE AMERICA EAST CONFERENCE

– Syracuse is 25-6 all-time against the seven current members of the America East Conference.
– The Orange will play two America East opponents in 2020, with the Orange set to travel to Albany later in the season.
– ‘Cuse boasts a 7-0 mark against Binghamton, 16-2 record against UAlbany and a 2-5 record vs. UMBC. Syracuse has not played Stony Brook, Vermont, UMass Lowell or Hartford to date.