Playing without its star player, the Syracuse Orange fought and scrapped to get a win it desperately needed.

But a gutty effort from an undermanned Syracuse team came up just short as the Orange suffered a 79-74 loss to North Carolina State at the Carrier Dome on Tuesday night. 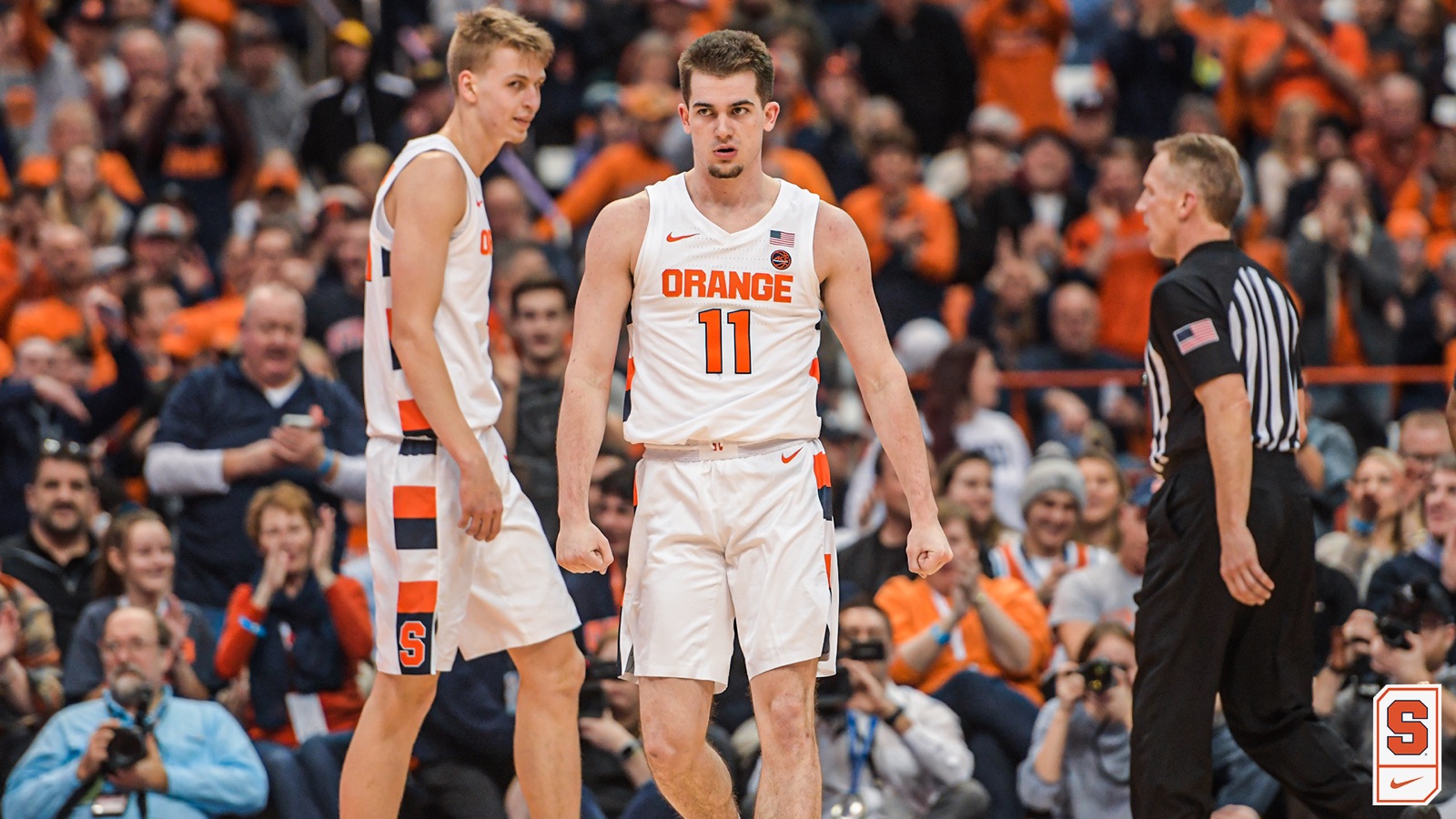 Syracuse played most of the game without junior forward Elijah Hughes, who went to the sidelines with an apparent groin injury less than three minutes into the game.

Hughes, Syracuse’s leading scorer for the season at 19.4 points per game, spent the rest of the night on the SU bench with an ice-bag on his upper-thigh.

Girard set the Dome freshman scoring record with 30, but the Orange come up short vs. the Wolfpack pic.twitter.com/2bJqCK4kwJ

Coming off of a thrilling triumph over Wake Forest, Syracuse closes out a three-game homestand on Tuesday, Feb. 11 as it takes on the NC State Wolfpack. Tip off in the Carrier Dome is set for 7 p.m.

The game will be televised nationally on ESPN2 and the Watch ESPN app. Fans can also listen to all the action on the Syracuse Sports Network from Learfield IMG College, including TK99 and ESPN Syracuse locally.

Freshman Brycen Goodine emerged as the unexpected hero on Saturday night as his lone field goal of the night with two seconds to play secured a 75-73 win for the ‘Cuse. Goodine played the final six minutes of the contest after Quincy Guerrier, Bourama Sidibe and Marek Dolezaj each fouled out. With the game tied at 73, Jesse Edwards tipped an Elijah Hughes 3-point miss to Goodine, who deposited the game-winning bucket for the Orange.

NC State comes to the Dome after defeating Miami, 83-72, in Coral Gables on Wednesday. The Wolfpack are 15-8, including a 6-6 record against ACC opponents. NC State is sixth in the ACC standings and is 3-3 in contests played outside of PNC Arena in conference play this season.