Chase Scanlan flirted with Syracuse lacrosse history in his program debut by scoring seven goals to pace the Orange to a 21-14 over the Raiders on Friday in the Carrier Dome.

Scanlan, a sophomore attack who transferred from Loyola, fell two shy of the SU single-game mark shared by Casey Powell, Gary Gait and Greg Tarbell. Scanlan, like Gait and Powell ahead of him, is wearing the school’s fabled No. 22. 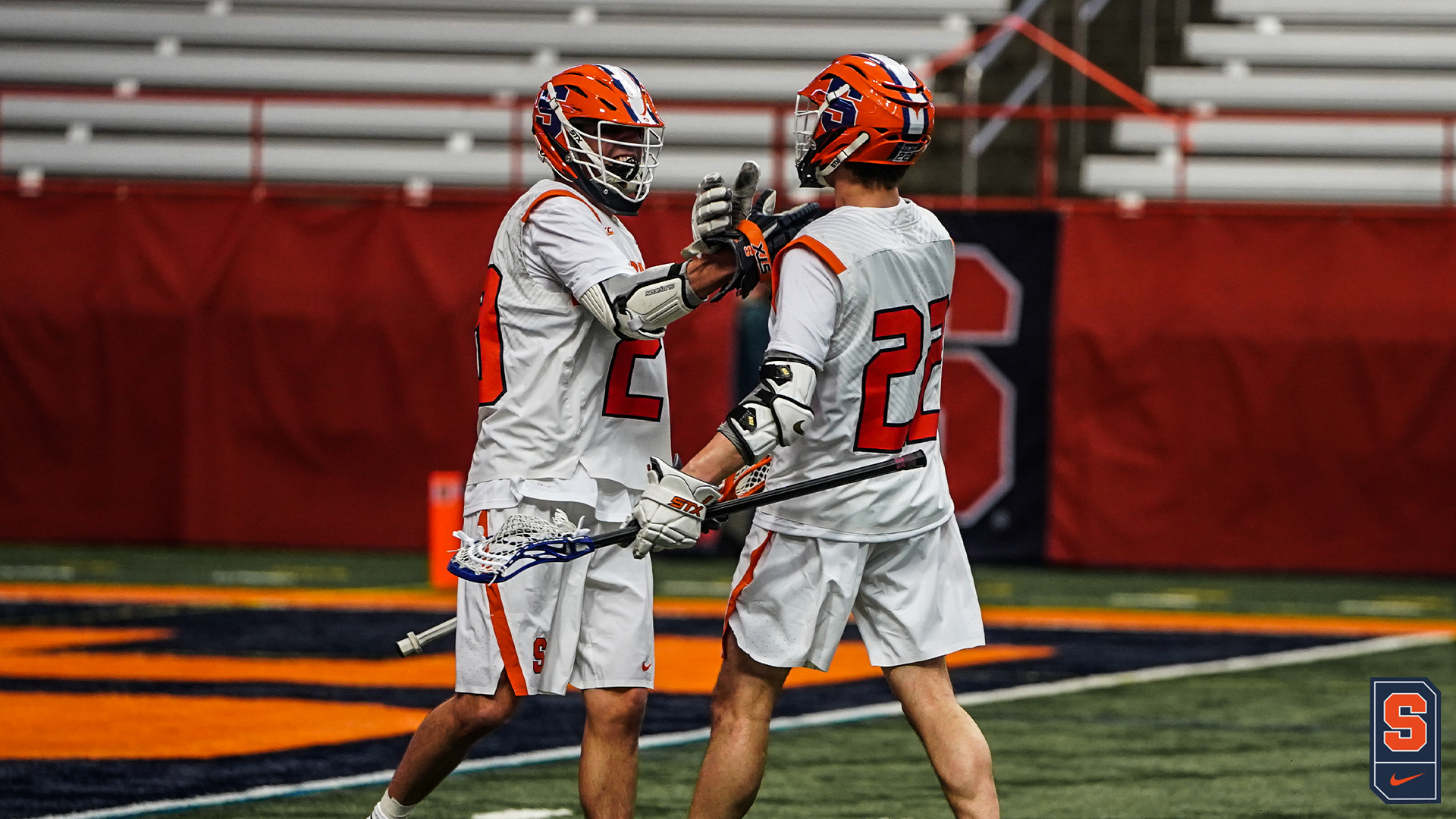 Syracuse players said they would be on guard against the Raiders after Colgate shocked SU in the opener last year, and for the most part the Orange followed through. Syracuse poured a balanced attack on the Raiders, sparked by one goal and seven assists by Stephen Rehfuss, four goals from Jamie Trimboli and a hat trick from Lucas Quinn.

Starting the season with a dub. pic.twitter.com/SwNDhelkQ8

For the second-consecutive year, Syracuse opens its season against Colgate. The No. 5 Orange enter this year’s matchup five spots higher in Inside Lacrosse’s preseason media poll than last year and employ a new-look offense. The Raiders, on the other hand, are coming off a four-win season in which they couldn’t build off the early upset over SU.

Here’s what to know about Colgate before Friday’s season opener at 4 p.m.

Last time they played: The last time Colgate and Syracuse faced-off ended in one of the most stunning upsets for SU in recent years. Before the 12-9 loss to unranked Colgate, John Desko had won 19 of 20 openers with the Orange. In one of the Orange’s lowest offensive outputs of the 2019 season, Nate Solomon and Brendan Curry tallied three goals apiece. Colgate’s Nicky Petkevich led all scorers with four goals, and Will Blumenberg scored the eventual game-winning goal with 8:06 left in the fourth quarter. The Red Raiders finished with more shots and ground balls than the Orange, but SU did go 3-for-5 on extra man opportunities.

Ended last year with a bad taste in our mouth… Worked for nine months to try not to let it end like that again.

The first step of 2020 is tomorrow. pic.twitter.com/u5Us5skuCN