Weedsport junior Suzie Nemec, surpassed 1,000 career points in the second quarter of the Lady Warriors win over Onondaga on Tuesday night after coming off of a 50-point performance last Thursday against Cato-Meridian, and a 41-point outburst the previous week at Port Byron. 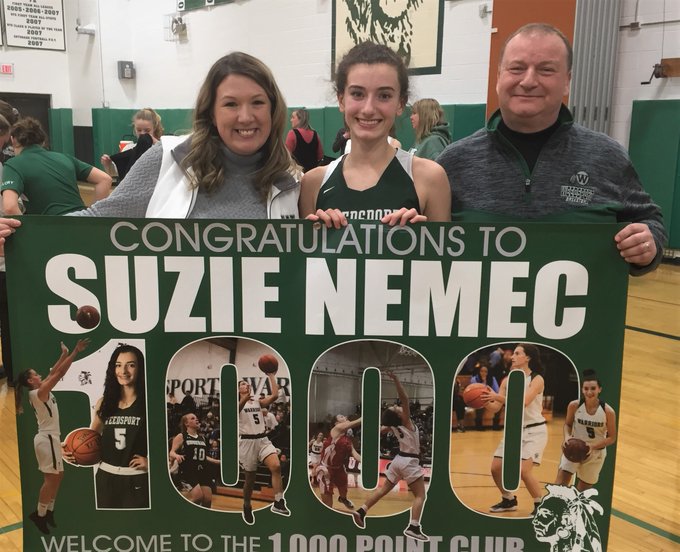 She normally wears #5 but on Tuesday night wore #2 to honor the late Gianna Bryant, daughter of Kobe Bryant.

She averages 26 points a game for the Warriors, ranked No. 9 in the state in Class C.

No. 5 is typically her jersey number, but she decided to sport the No. 2 on her big night, in memory of the late Gianna Bryant.@CNYCentral pic.twitter.com/keN19ViNOH

Weedsport star Suzie Nemec talks about going over 1,000 career points, and wearing No. 2 against Onondaga tonight as a tribute to the late Gianna Bryant, the daughter of NBA superstar Kobe Bryant who died with her father in a Jan. 26 helicopter crash near Las Angeles pic.twitter.com/POnF6FqQst

Nemec was in-studio in January with her head Coach Chris Vargason as a guest on the FL1 Sports Podcast. Check out the episode below…