Goaltender Jonas Johansson made his NHL debut on Tuesday in the Buffalo Sabres’ 6-1 loss to the Colorado Avalanche at KeyBank Center.

Johansson, Buffalo’s third-round pick in the 2014 NHL Draft (61st overall), joined the team for his first career recall last Wednesday after Linus Ullmark was ruled out for several weeks with a lower-body injury. 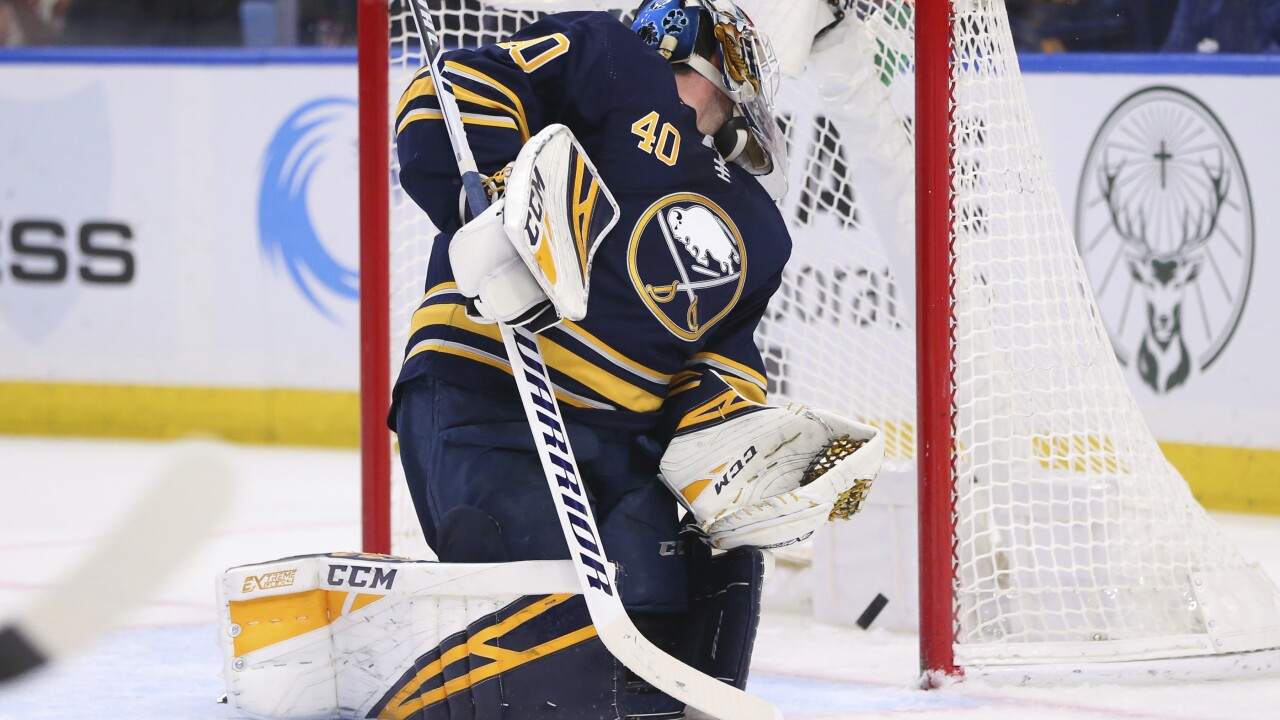 Less than a week into his stint with the Sabres, Johansson was called into action midway through Tuesday’s game. Carter Hutton was pulled with 9:02 remaining in the second period after allowing five goals on 13 shots.

Things didn’t start out great for Johansson as he allowed a goal on the first shot he saw – a snipe into the top corner by Mikko Rantanen – but the AHL All-Star settled in from there and made 13 saves.