Syracuse falls to Duke at the Dome, 97-88 (full coverage)

Just as a boat fights the tide or a snowman withstands the sun, the Syracuse Orange fought the inevitable on Saturday.

Syracuse led for the first 19 minutes, but once the lead was relinquished the Orange slowly dropped off the pace in a 97-88 loss to the 9th-ranked Duke Blue Devils at the Carrier Dome on Saturday night. 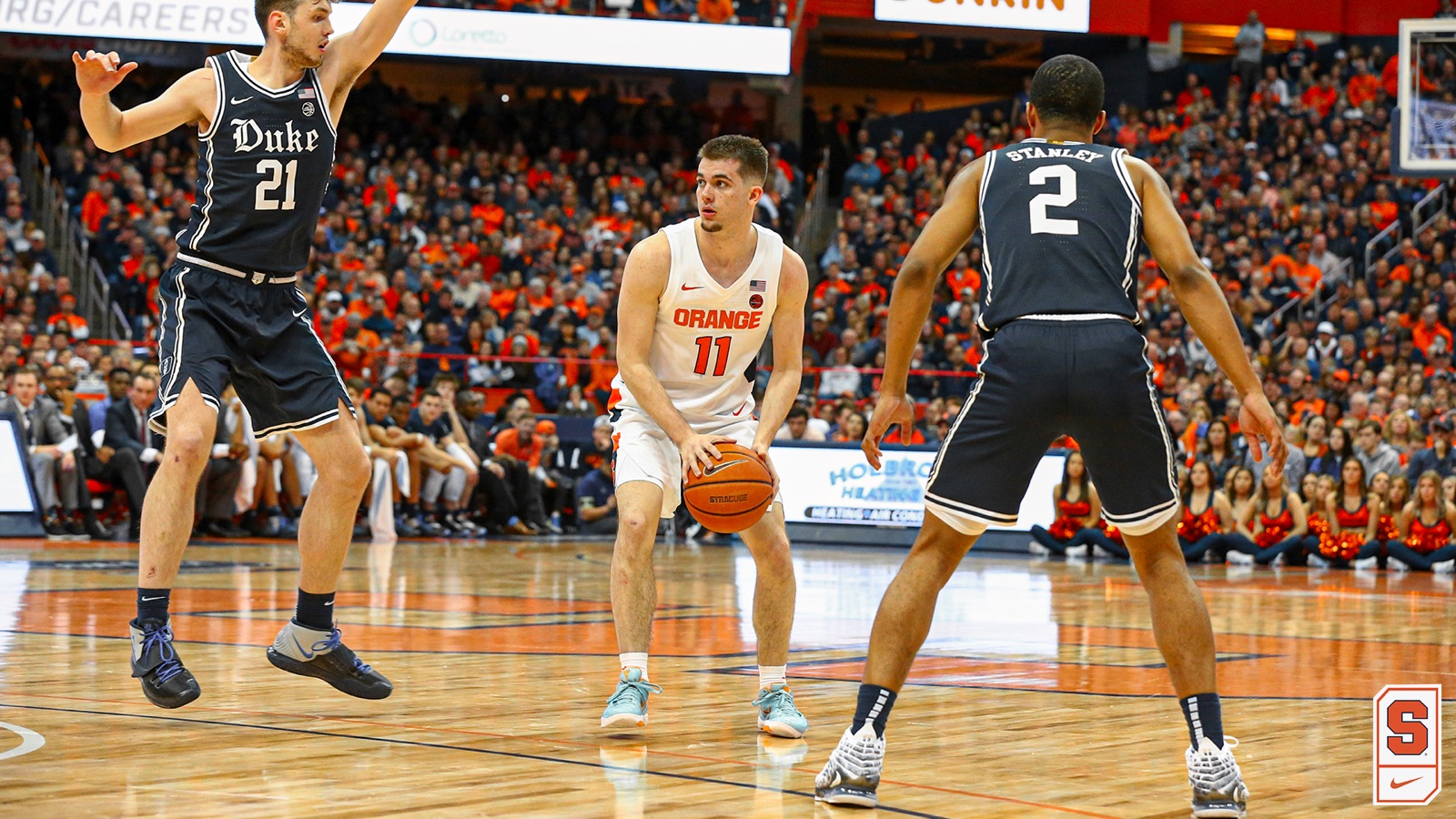 Duke overpowered Syracuse with its size on the inside and its defensive intensity on the perimeter.

Fought to the end. We host Wake Forest in the Dome next Saturday. pic.twitter.com/FSbfeiHWRA

The largest on-campus crowd in the country this season.

Syracuse and No. 9/8 Duke will add another chapter to their rivalry on Saturday, Feb. 1 Tipoff in the Carrier Dome is set for 8 p.m. The Orange (13-8, 6-4) have won five of their last six games heading into Saturday’s showdown.

The Orange had their five-game winning streak snapped in a 71-70 setback at Clemson on Tuesday night. Redshirt junior Elijah Hughes and sophomore Buddy Boeheim led the team with 22 points each. Syracuse went 5-3 in the month of January, which included wins at Virginia, Virginia Tech and Notre Dame. The Orange are tied for fourth place in the ACC with a 6-4 in conference record.

No. 9/8 Duke is coming off a 79-67 victory against Pittsburgh on Tuesday. The Blue Devils are 17-3, including 7-2 in the ACC. Duke is second in the ACC standings and is 3-1 on the road in conference play this season.

Duke leads the all-time series with Syracuse, 9-6, including an 84-72 win in last year’s ACC Tournament. In the loss, Buddy Boeheim had 15 points and was 3-for-5 from the 3-point line. In the 2019 regular season, the two squads split the series, each winning on the other’s home court. Syracuse triumphed, 95-91 in overtime, in Cameron Indoor Stadium and then Duke won in the Carrier Dome, 75-65.

Back home in the Dome on Saturday ?✊ pic.twitter.com/TDdWWaDHM3