Jack Eichel’s goal 36 seconds into overtime lifted the Buffalo Sabres to a 2-1 victory over the Columbus Blue Jackets on Saturday at KeyBank Center. 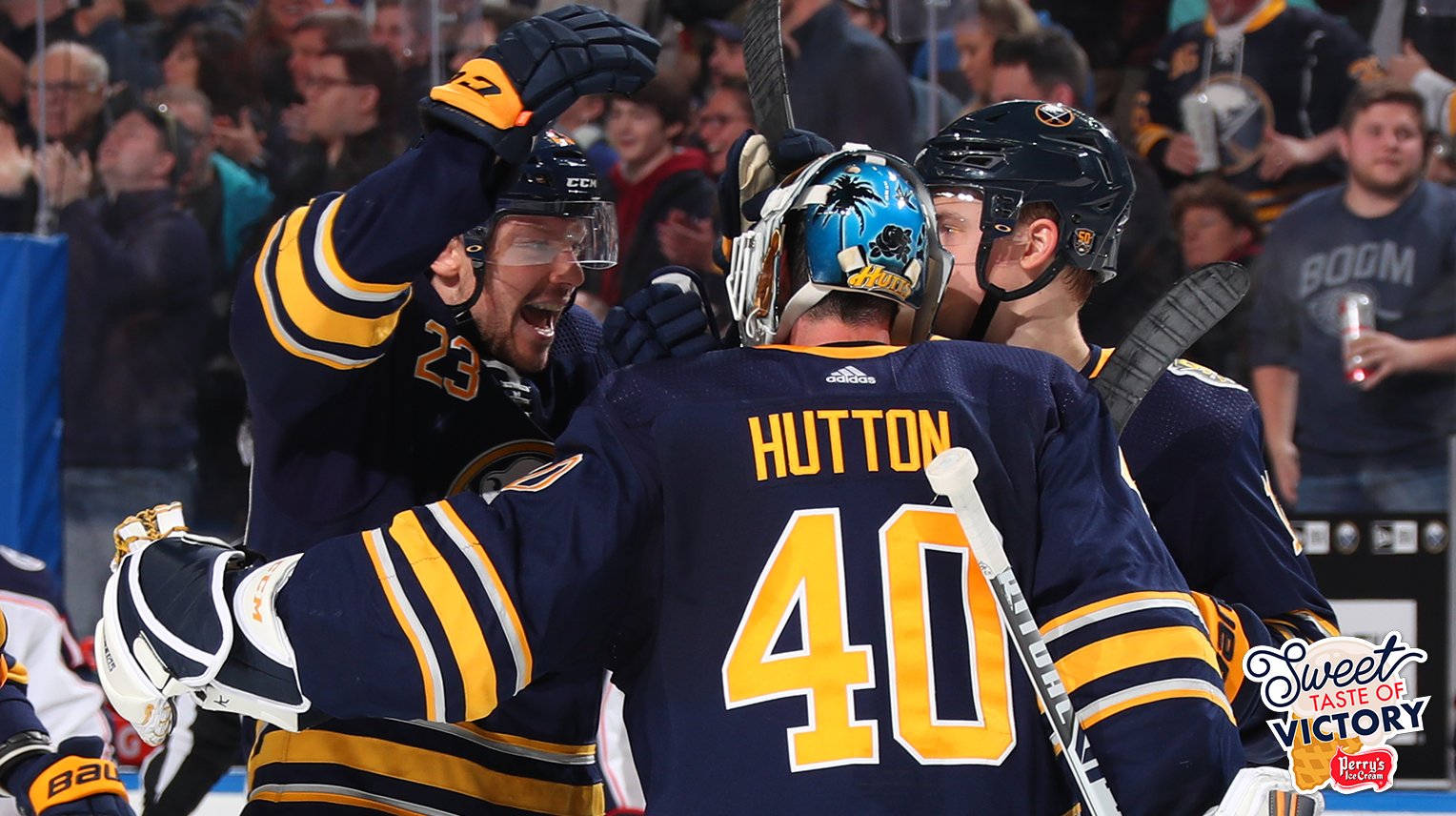 After Curtis Lazar won the draw to start the extra period, he hurried to the bench and then Eichel, Sam Reinhart and Rasmus Ristolainen set up play in the offensive zone. Eichel carried the puck and worked for his shot that beat goaltender Matiss Kivlenieks for his 31st goal of the season.

Carter Hutton, the game’s First Star, made 22 saves. It marked his first win since Oct. 22.

Evan Rodrigues scored Buffalo’s other goal for his third of the season. He three goals in his last five games played.

JACK SCORES IN OT FOR THE WIN!!! ?#Sabres50 pic.twitter.com/iTzlSd3wUN