Led by a pair of goals and an assist from Scott Wilson, the Rochester Americans (25-13-2-4) doubled-upped the Syracuse Crunch (20-20-3-3) by a 4-2 score for their fourth consecutive victory Friday night at The Blue Cross Arena.

The contest was the second of a home-and-home series between the two clubs and sixth overall in the head-to-head series this season. In the last 18 games dating back to last season, Rochester shows an 11-5-1-1 record, which includes a 5-1-0-0 mark in 2019-20. 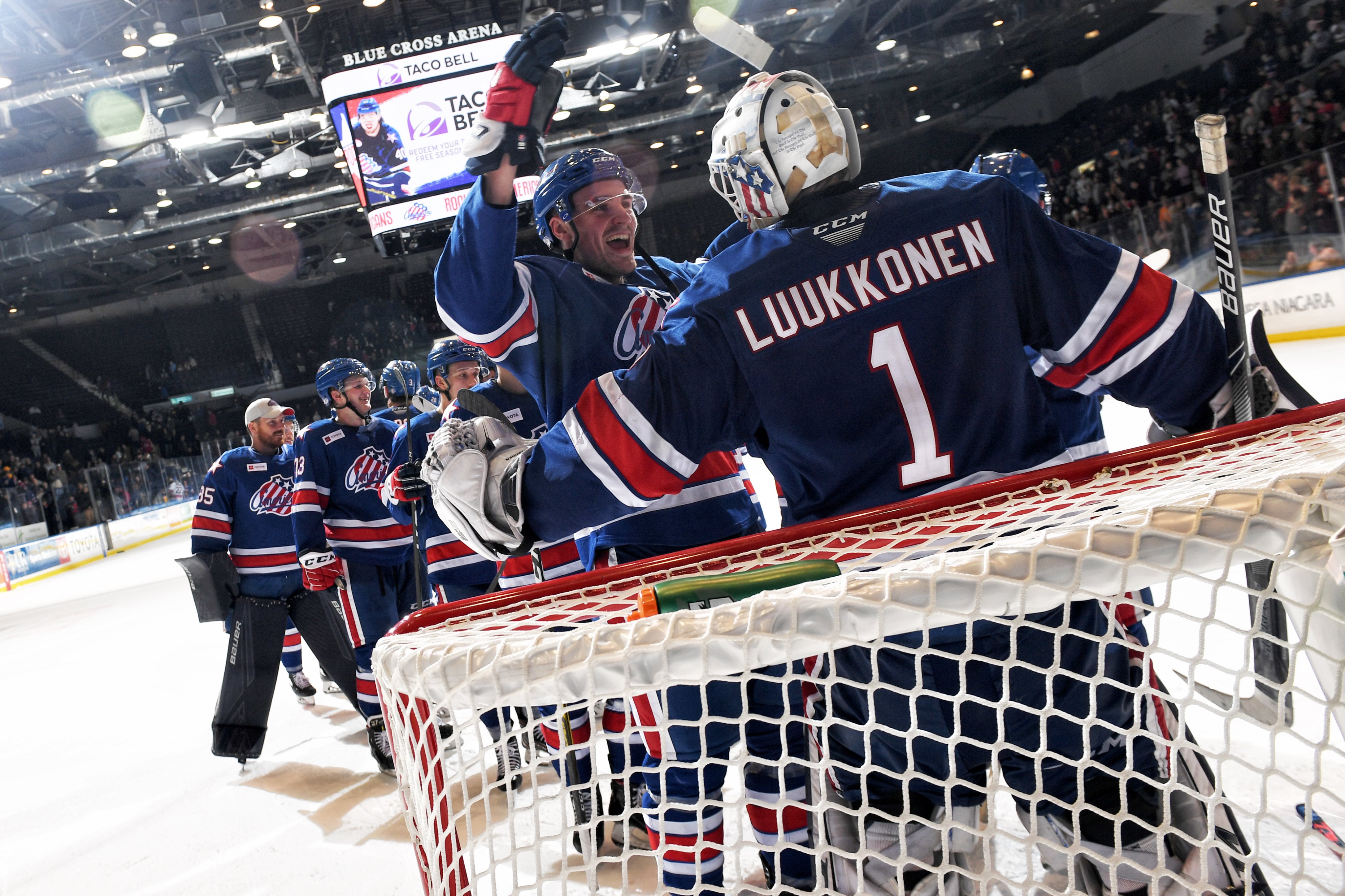 Along with Wilson’s three-point outing, rookies Jacob Bryson and Brett Murray each added a pair of assists to keep the Amerks within four points of the first-place Belleville Senators. The multi-point game by Bryson was the first of his career. Forwards Casey Mittelstadt and C.J. Smith rounded out the scoring as they recorded their seventh and ninth goals of the campaign, respectively. First-year goaltender Ukko-Pekka Luukkonen evened his season record to 1-1-1 while he made 31 saves.

Wally scored both our goals tonight in Rochester. #SYRvsROC