The Syracuse Orange men’s basketball team had its five-game winning streak snapped on Tuesday night, falling on the road to the Clemson Tigers by a final score of 71-70. Syracuse had a chance to win with 0.9 seconds remaining, but a well defended set by Clemson forced a 35-foot heave attempt by Elijah Hughes that fell well short of its target. 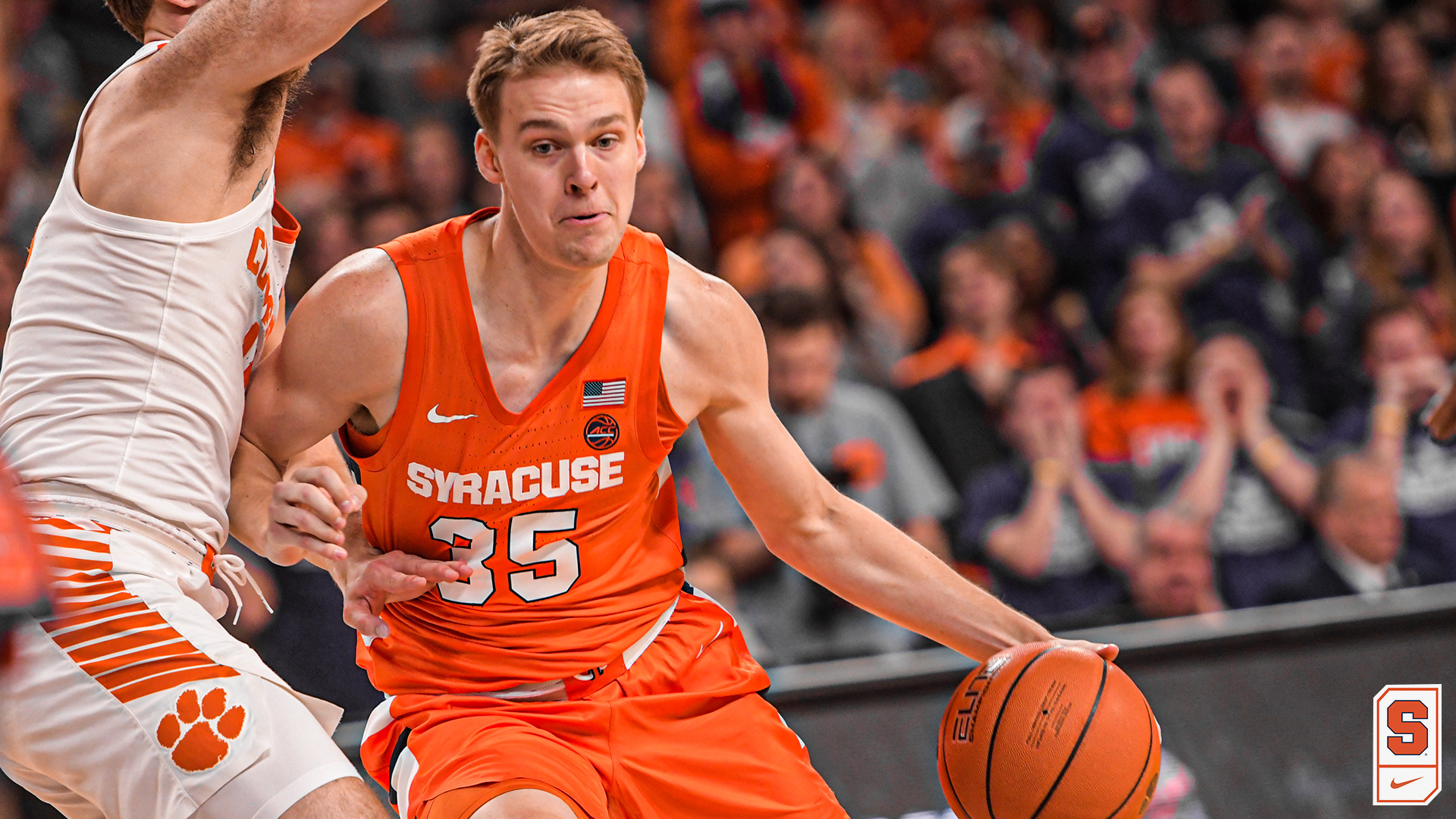 Came up just short on the road.

We're back in the Dome Saturday night vs. Duke. pic.twitter.com/ziNskmCxRn

Syracuse snaps its five-game win streak. Foul trouble dooms the Orange. And now SU’s schedule gets quite a bit more difficult, starting with No. 9 Duke on Saturday.

Buddy hits 20 points for the 8th time this season. pic.twitter.com/GXIZnqF3bZ

Syracuse closes out the month of January with a road contest at Clemson on Tuesday at 7 p.m. The Orange have won five in a row, improving their record to 13-7, 6-3 in ACC play. The Tigers enter Tuesday’s contest with a 10-9 record, including a 4-5 mark in the ACC.

Syracuse has its first five-game winning streak since the 2016-17 season after defeating Pittsburgh, 69-61, on Saturday in the Dome. Sophomore Buddy Boeheim led all scorers with 21 points. He is now averaging 18.5 points in his last 12 games.

Junior Marek Dolezaj continues to contribute on both ends of the court. He scored scored 17 points and grabbed seven rebounds against the Panthers. Dolezaj has scored in double figures in nine of the last 14 games, averaging 11.0 ppg. during that stretch. In addition, he has recorded five or more rebounds in his last 11 games.

Clemson has split its last four games and is coming off an 80-62 loss at Louisville on Saturday. The Tigers are 8-4 at Littlejohn Coliseum, including a win against then No. 3 Duke on Jan. 14.

Hitting the road to put our winning streak to the test. pic.twitter.com/WPQ6LzzEQz

On the road looking to extend the streak to two hands ?☝️ pic.twitter.com/IA99eCvKOg