Syracuse basketball continues to find ways to get it done on the hardwood. On Saturday afternoon in the Dome, the Orange won its fifth straight game after opening up a big early lead and holding on at the end to top Pittsburgh, 69-61. 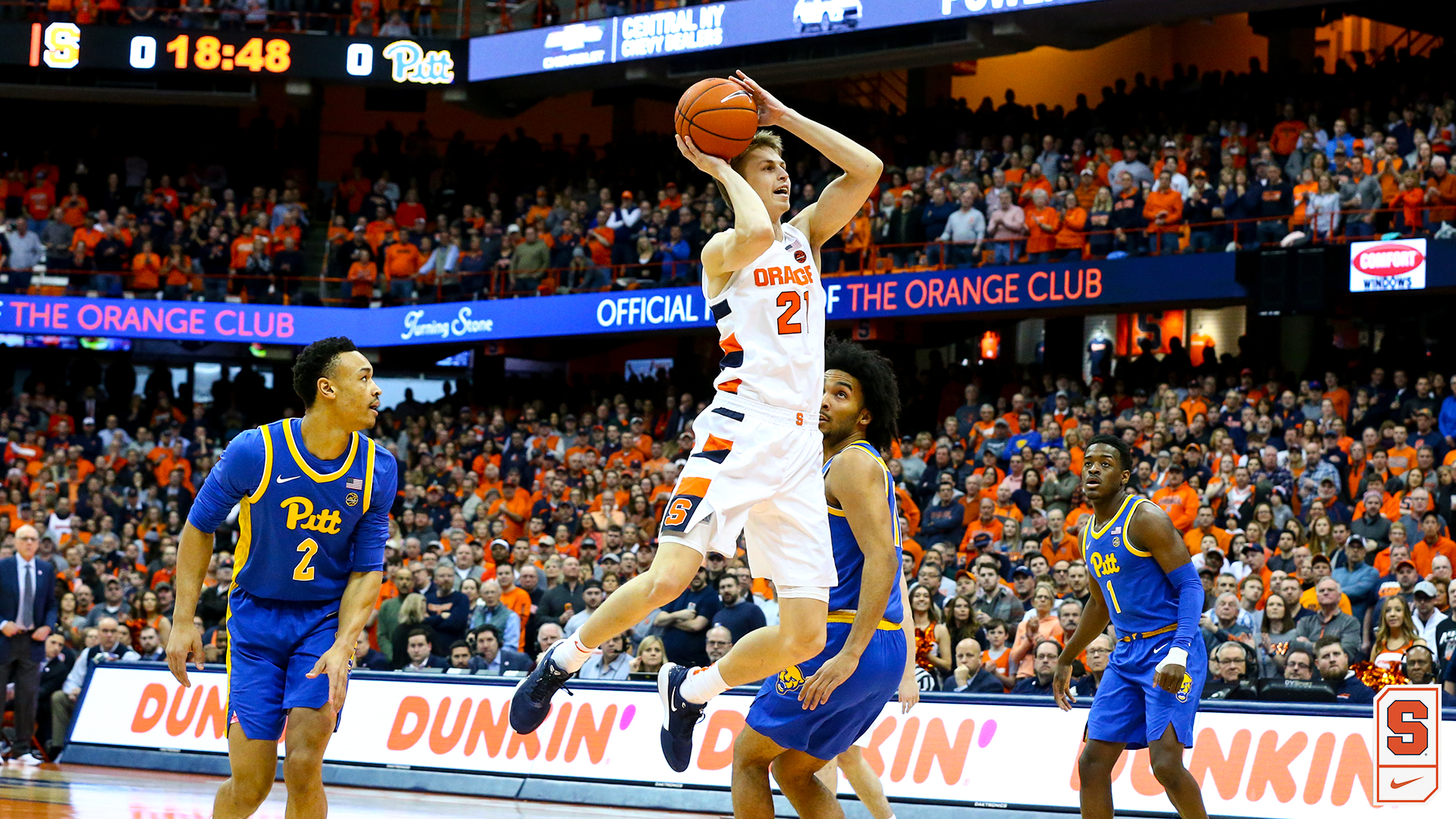 "six straight against Pitt" is such a wonderful phrase. I love the city of Pittsburgh. I hate the university. I think it's unquestionably the rival that I love beating most. Today is a good day. https://t.co/rRunTGvT7w

Marek Dolezaj does so many things well for Syracuse against Pittsburgh (@DonnaDitota1's quick hits) https://t.co/gJneIhKKCT pic.twitter.com/Jgk6BY9Zvy

You brought it today #OrangeNation! ?✊

Can't wait to hear you when we're back in the Dome next Saturday vs. Duke! pic.twitter.com/bngL2YMI9p

Syracuse looks to extend its winning streak to five when it hosts Pittsburgh on Saturday, Jan. 25 in the Carrier Dome. Tipoff is scheduled for 12 p.m.

The Orange defeated Notre Dame, 84-82, in another nail biter against the Fighting Irish. Four players scored in double digits in the win – Joseph Girard III (15), Buddy Boeheim (10), Bourama Sidibe (12), and Elijah Hughes, who led the team with 26 points, seven rebounds and three assists.

The victory improved the Orange’s record to 12-7 overall. They are tied for fourth in the ACC standings with a 5-3 league record.

Pittsburgh won its second straight game when it defeated Boston College, 74-72, on Wednesday night. The Panthers are now 13-6, including 4-4 in conference play.

Leading the Panthers offense is sophomore Trey McGowens, who averages 13.4 points per game. McGowens is one of four Panthers who average double digits in scoring. The group includes sophomore Xavier Johnson (12.0 ppg), freshman Justin Champagnie (11.4 ppg) and junior Ryan Murphy (10.7 ppg). Johnson leads the team in assists per game with 5.2, which ranks fifth in the ACC.