In a meeting between the American Hockey League’s two oldest teams, the Hershey Bears (25-13-2-3) scored three times in the third period on their way to a 4-1 win over the Rochester Americans (21-13-2-4) Sunday in the weekend finale at Giant Center. 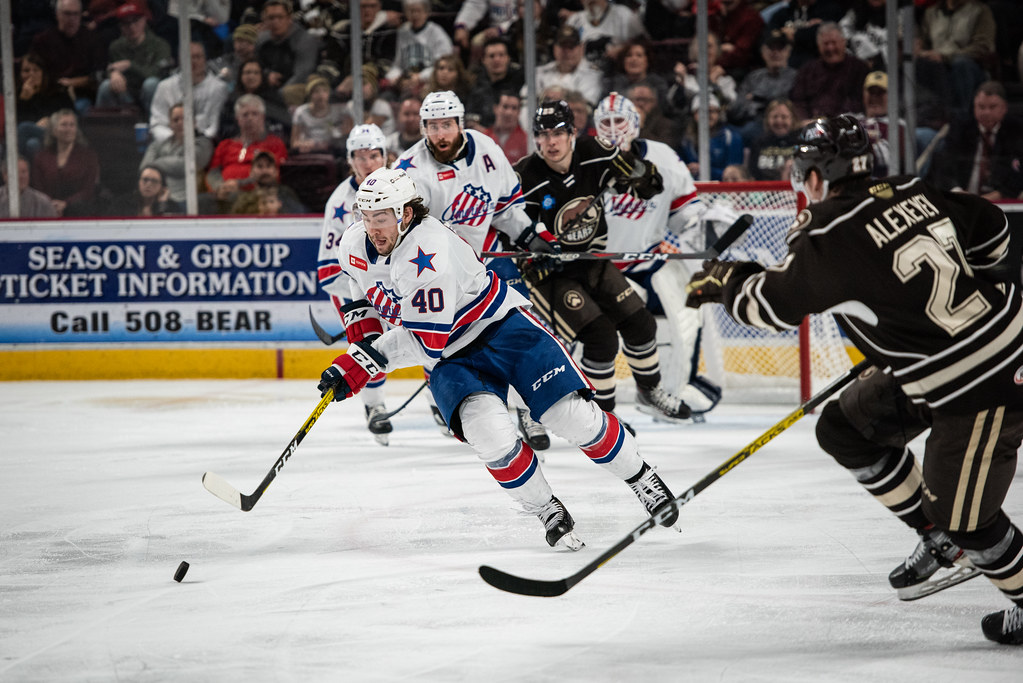 The matchup, which was the 460th all-time meeting among the league’s cornerstone franchises, results in a season split for the two teams after the Amerks prevailed with a 5-1 victory in the only other get-together with the Bears back on Oct. 23 in Rochester.

Despite the loss, the Amerks show a 16-10-1-3 record over their last 30 games dating back to Nov. 1, earning points in 20 games over that span. Rochester remains just six points out of first place behind the Utica Comets and are four points back of the Belleville Senators in the AHL’s North Division standings to close out the weekend. The Amerks also have two games in hand on the Comets and one on the Senators following Sunday’s contest.