The Orange led by 16 in the first half, but Virginia Tech and its band of sharpshooters took the game down to the wire. It was settled only when Landers Nolley missed a deep 3-point shot with about five seconds remaining. 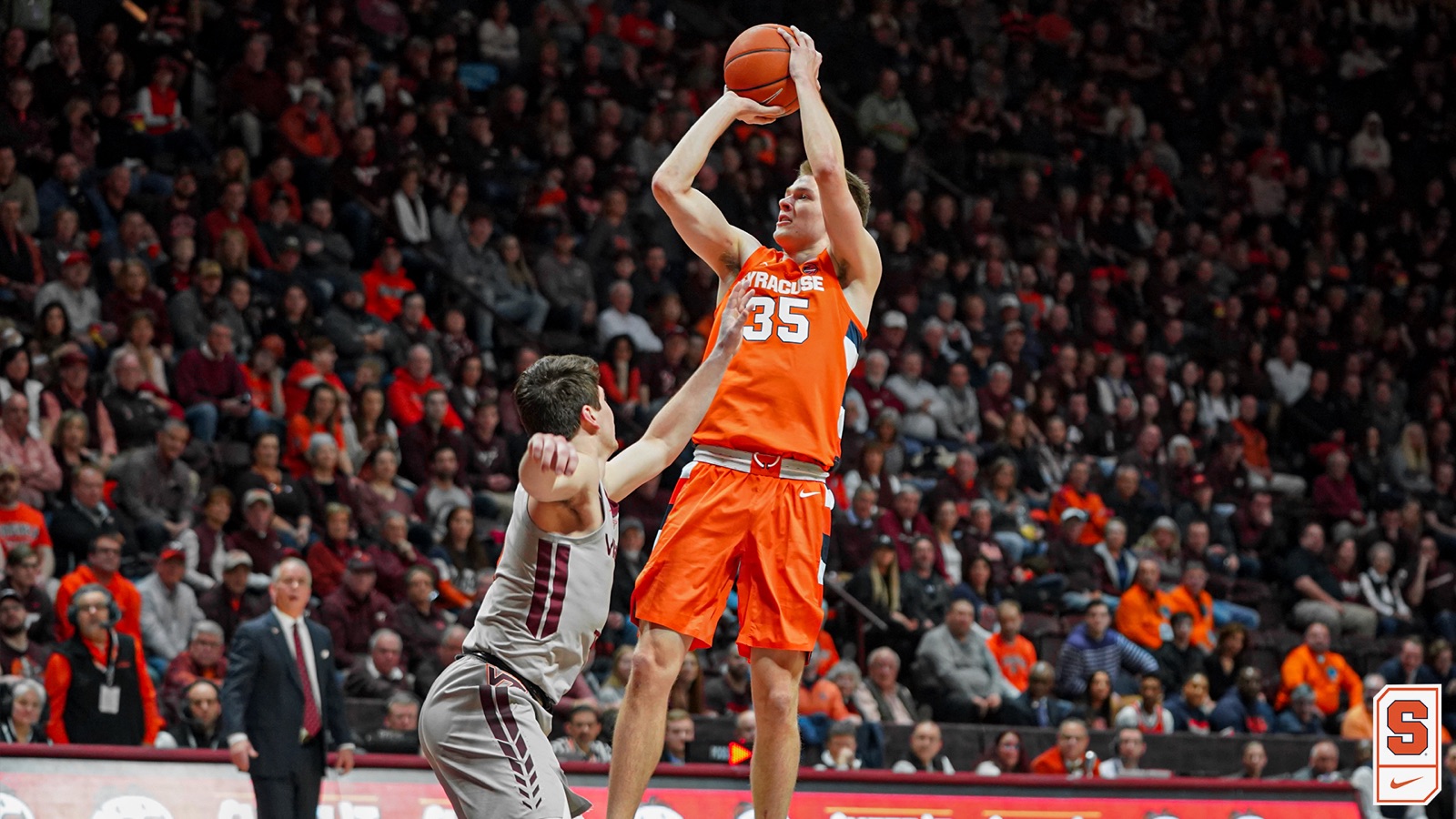 The win enabled SU to split the series with Virginia Tech and continue its toughness on the ACC road, where it has yet to be beaten. The Hokies won the first meeting between the schools, a 67-63 triumph in the Carrier Dome on Jan. 7. Syracuse is now 11-7, 4-3 in the ACC. Virginia Tech is 13-5, 4-3. The Orange has won three straight.

Big, big, big win for Syracuse. Three in a row, two on the road. A Quad 1 win. The Orange are 11-7, getting better and pulling themselves up the college basketball pack.

That’s the play the Hokies run out of the timeout?! Wow. I’ll take it, but wow.

Syracuse looks to avenge it’s loss to Virginia Tech 11 days ago when it faces the Hokies on Saturday, Jan. 18. Tipoff in Blacksburg, Virginia is set for noon.

The game will be televised by RSN, including the YES Network.

Syracuse (10-7, 3-3) goes for its third straight win on Saturday after defeating Boston College, 76-50, on Wednesday in the Carrier Dome. Sophomore Buddy Boeheim led a group of four Orange to reach double figures in scoring with 22 points. Redshirt junior Elijah Hughes finished with 19 points, increasing his career total to 991, while junior Marek Dolezaj posted his second double-double this season with 10 points and 11 rebounds.

Virginia Tech has won seven of its last eight contests, including an 80-70 victory at Wake Forest on Tuesday. The Hokies are 13-4 overall, 4-2 in ACC action, and received five votes in this week’s Associated Press poll.