Bills LB Tremaine Edmunds is heading to the Pro Bowl 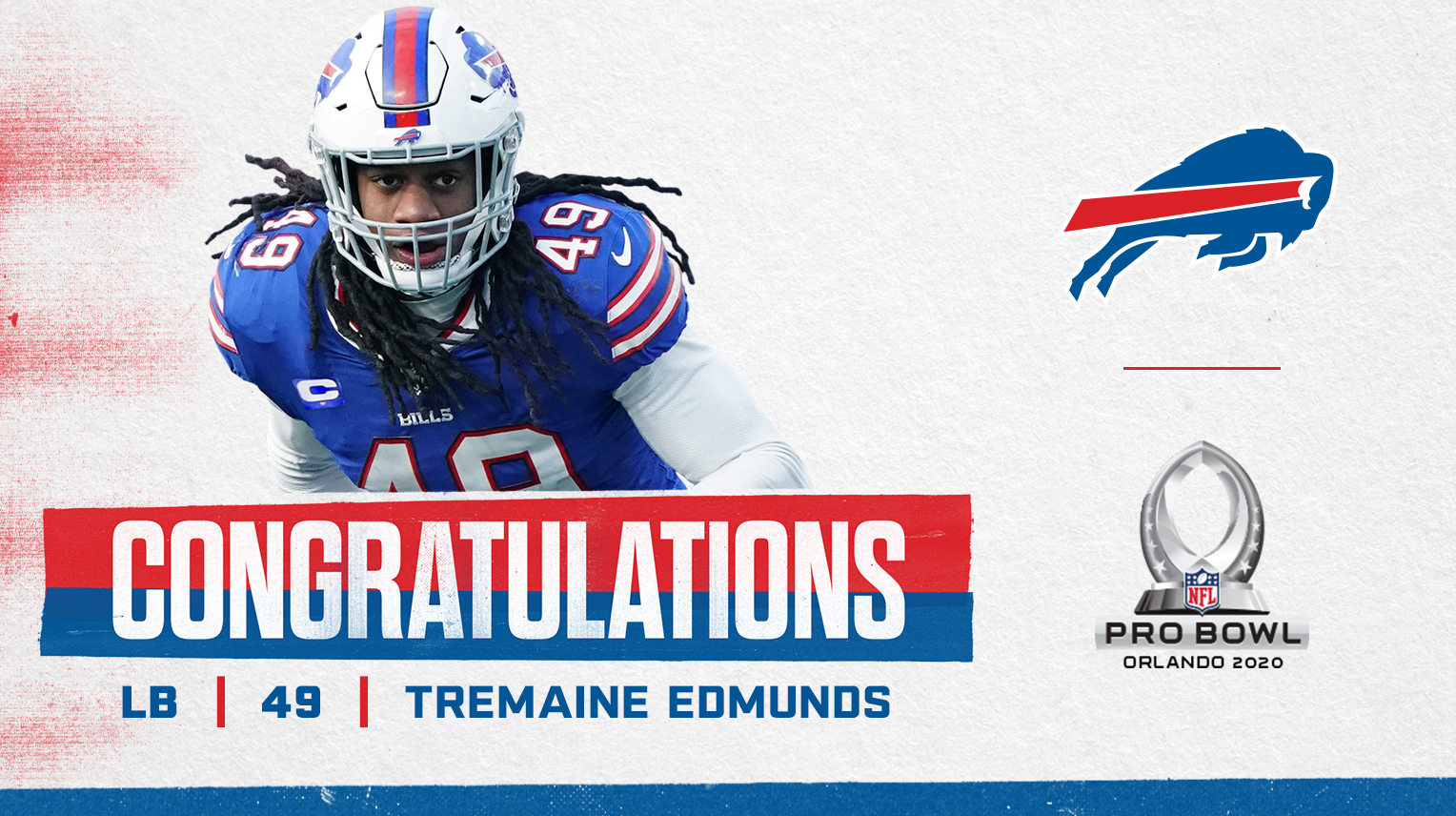 On Thursday the team announced that Edmunds, who was initially named a first alternate, would replace Patriots linebacker Dont’a Hightower who is unable to participate with an injury.

Edmunds led the Bills with 115 tackles in his second season, adding 1.5 sacks and nine passes defended.