The Rochester Americans (21-11-2-3) took a two-goal advantage going into the second intermission Saturday night at Upstate Medical University Arena, but the Syracuse Crunch (18-16-2-1) scored four times during the third period, including three unanswered goals over the final 11:24 of regulation, to escape with a 5-4 win. The contest was the fourth between the two clubs this season and all four have been one-goal outcomes. 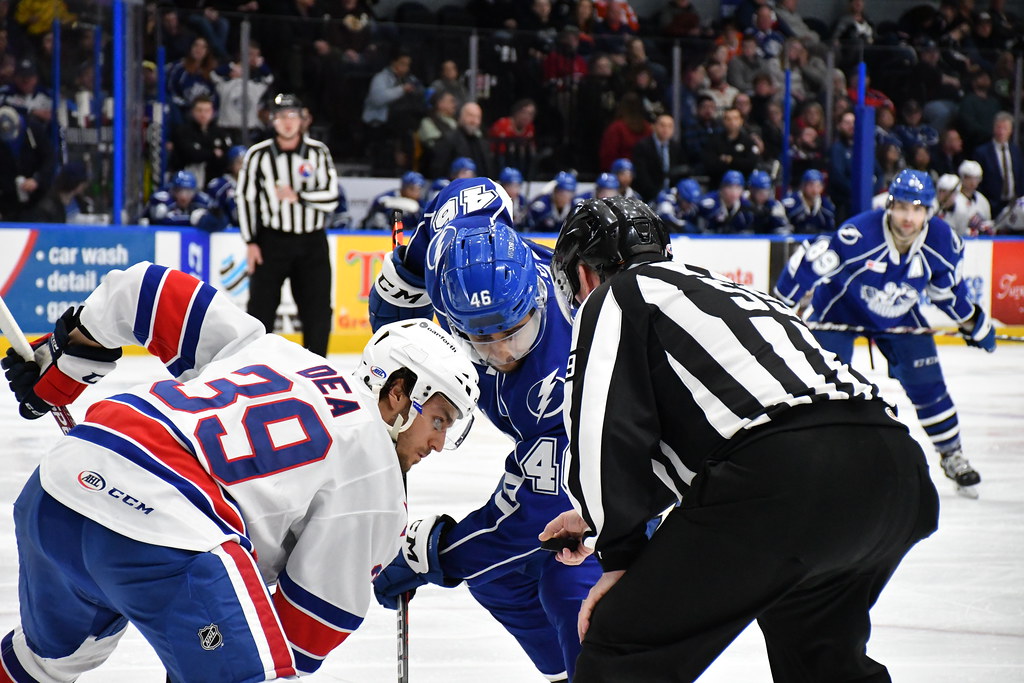 Forward C.J. Smith chipped in a pair of assists for Rochester, which coming into tonight had prevailed in each of the first three meetings of the season against the Crunch. Tyler Randell, John Gilmour, Brett Murray and Jean-Sebastien Dea all found the back of the net while goaltender Andrew Hammond (10-8-2) suffered his sixth straight loss for the Amerks.

The final from Syracuse pic.twitter.com/RM5AJO2ltJ